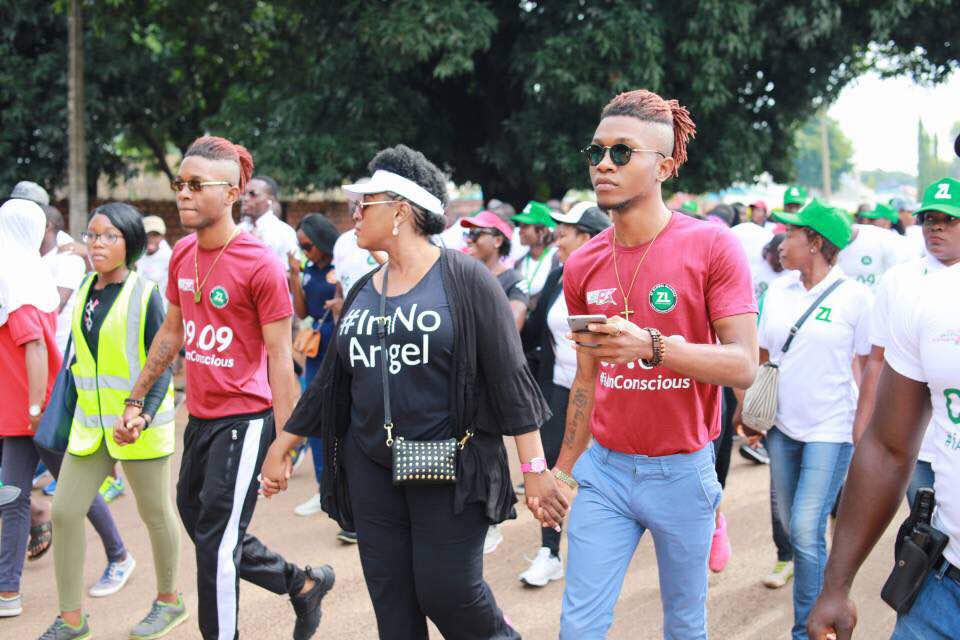 Waste management company, ZL Global Alliance in collaboration with Kaduna State Government on Saturday embarked on road walk to sensitise the people living in the state on effective waste management.

Managing Director and Chief Executive Officer of ZL Global Alliance,  Abiola Bashorun was optimistic that, the campaign by a way of road walk will further enhance the relationship that exist between the people of the state, the State government and her company.

“We are embarking on this road in collaboration with Kaduna State government through the MENR and KEPA to sensitise people of the state the importance of effective waste management especially in this height of raining season.

“While we do the walk, we will be talking to people about how to package their waste in sacks, buckets and so on to avoid indiscriminate dumping of refuse on the road, drains and other water way to avoid flood. Some States are already counting their losses. While we sympathise with them, we also need to be on top of our situation here in Kaduna State to as much as possible avoid flood.

“It is important to tell our people within and outside the state that, this is all about Governor El-Rufai and you know what it means if the number one citizen in the state is leading in this campaign, then it must be something that worth doing well.

“Before now I meant before coming on board of the current administration in the state, waste management situation was appalling. But since we have been working in Kaduna about a year now, we took some steps to clear all the water way to avoid diseases associated with stagnant water like malaria and cholera. That has reduced out of pocket medical bill of the people.

“There were evidences that people in some parts of the state even within Kaduna have to vacate their home because of flood, people of Kigo, the community behind the Ahmadu Bello Stadium in particular. But since we desilted Kaduna river, flood has been addressed and they are there in their houses now as we speak because they no longer experience excess water in their compound and we are happy about that.

“It may also interest you to know that, we have engaged thousands of youths as staff in different cadres to reduce the burden of unemployment in the state. Putting all these together will show how determine the governor and his team is to deliver dividend of democracy to his people and the least we can do is to put in our best to make him succeed”, she stressed.

Addressing the press shortly before the commencement of the exercise, Director of Environment in the Ministry of Environment and Natural Resources (MENR), Ahmed Salihu, described the exercise as a child of necessity first to reawakening the people of the state on the need to maintain cleaner environment in line with the agenda of current administration in the state and to help participants keep fit physically, hoping it will be continuum.

According to the director, the State government is doing all its best to deliver all the campaign promises to the good people of the state saying, healthier environment is germane to realise that hence the need for the people to support the initiative in their own little way.

Also speaking, General Manager, Kaduna State Environmental Protection Authority (KEPA), Yusuf Rigasa noted that, the waste management consultant has been very apt and effective in the task giving to it than what was the situation before the coming of Nasir El-Rufai as the state governor about two years ago.

“If you have been following, you will observe the state is cleaner now than what it used to be. And for us in government, it is our intention to deliver best services in any area we are working on. We will always strive to give the people the best. The consultant is doing well like I said and that is why we are also joining in embarking on this road walk to further sensitise our people that cleaner environment is healthier environment and we need to join hands together to realize that”, he said.

The exercise, which began at popular Murtala Square Kaduna is to go through Independence way, Katsina road, Ahmadu Bello way and then Sokoto road before been terminated at Sir Ibrahim Kashim House which house the state governor, covering about 5 kilometres distance.