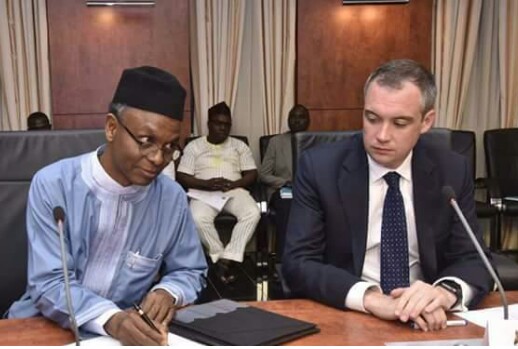 World Bank in partnership with Kaduna State government are set to train additional 1,100 youths and women in commercial agriculture to create wealth and equally address the issue of graduates unemployment. The training according to organizers would cost N132 million at the rate of N120,000 per trainee.

It would be recalled that, Commercial Agriculture Development Programme (CADP), World Bank Assisted, had two weeks ago trained 74 selected beneficiaries from Northern States in different value chain of production, processing and marketing, aimed at moving from subsistence to commercial agriculture through injection of youths and women into the programme.

According to him, the idea then was to meet a particular need within the agriculture sector in Nigeria which include bringing in new farmers, upgrade the existing ones by a way of training and retraining, quickly added that, the project has helped to achieve that objective in all the five selected states.

In an interview, National Project Officer, CADP, Dr. Salisu Garba reiterated that, the essence of the programme is to move from subsistence to commercial farming, saying people now make business out of farming as against the known norms of just producing for family consumption alone, which has touched lives of several farmers at the grassroots.

“During these four-day critical stakeholders mission, our mission objective is to know implementation status, on the spot assessment of the intervention, identify problems hindering successful implementation of the programme (if any) in the state and see how we can resolve such identified problem to move to the next level. We have not disburse all the funds but we are going to use whatever remain at the end of the day to embark on additional agriculture projects.

“We discovered that, the level of unemployment in the country is extremely high so, many of our youth graduates have nothing to do. What we do is to select them, train them to choose one of the eight value chain we do, develop their own entrepreneurial scheme and give them start up grant. From there, we group and attach them to banks for monitoring, evaluation and financial assistance while in the business”, he said.

Earlier, Kaduna State Project Coordinator, Dahatu Mustapha, revealed that, the state government has already released its counterpart funding at 100 percent, “we have about N300 million in our covers now from the state government. That fund is what we are going to use to empower the beneficiaries out of grazing reserves. That is the focus of state government now”.

This agriculture programme is wearing a national look but, each state is allowed to undergo critical evaluation of geographical, atmospheric and weather condition among others to chose best three crops that can survive favourably in their respective States. Kaduna gor instance is interested in rice and fruits production which are mango, guava and citrus.