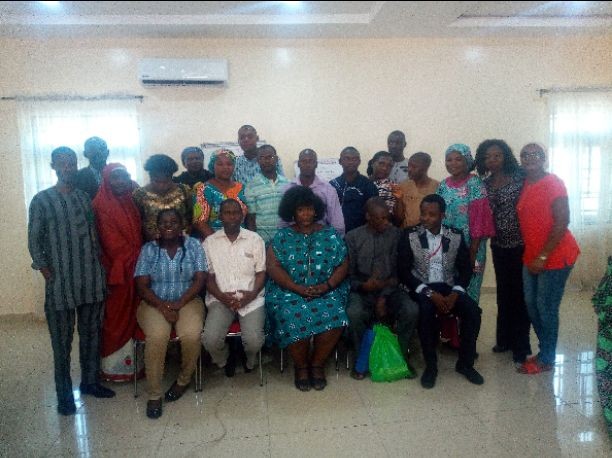 In order to make child spacing a social norm in Kaduna State, Development Communications (DEVCOMS) networks in partnership with NURHI 2 project has inaugurated a 25-man media forum in Kaduna State.

Members of the forum, known as Child Spacing Media Forum (CSMF) were carefully selected from electronic, print and new media with a view to amplify the need for policy makers to make child spacing services available to all reproductive age women at zero cost.

The development became necessary after painstakingly considered the number of women, newborn and infant that die around childbirth.

In her inaugural speech, Adebija appealed to members of the forum to cooperate with the executives in ensuring the success of their mandate meant for all Nigerians.

Earlier in her welcome address, Coordinator of the Africa Media Development Foundation (AMDF), Sekyen Dadik charged the forum to be committed in advocacy of child birth spacing in order to see that more women and children survive.

Dadik, who spoke on behalf of the Nigerian Urban Reproductive Health Initiatives 2 (NURHI 2) said, that those selected had proved themselves in the area of child birth spacing reporting.

In his remarks, Iliya Kure of the Development Communications Network (DEVCOMS) noted that, the key objective of the forum was to create a sustaining child birth spacing advocacy after NURHI’s project ends in two years time.

He said that the NURHI works around three models which are advocacy, demand generation and service delivery, with the media forum having a bigger role to play in the advocacy.

With the inauguration of the forum, it is expected that all angles that matter in the advocacy including the policy makers, traditional and religion leaders, community prime movers and reproductive age women are massively involved through persistent engagement via medium of mass communications.