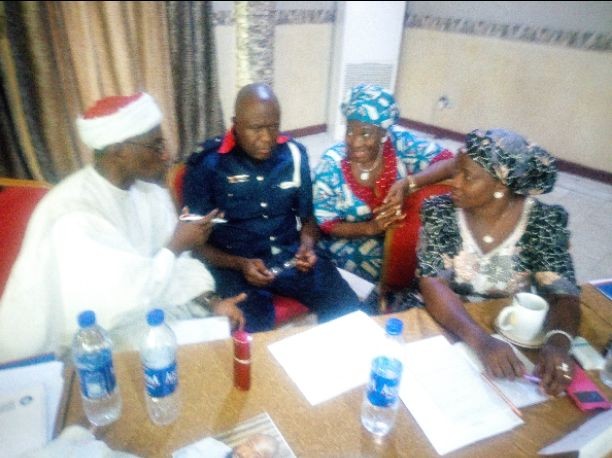 Participants at a 3-day legislative advocacy training on Violence Against Persons Prohibition (VAPP) bill have lend their voice on why the Kaduna State House of Assembly (KSHA) should support the quick passage of the bill before the end of eight assembly.

National Democratic Institute (NDI) had through Gender Awareness Trust (GAT) trained these participants who were carefully selected from legislature, traditional institution, security, civil society, media, judiciary and people living with disabilities on best way to advocate for the domestication of the bill in Kaduna State.

One of them is Bunun Zazzau and member, Advocacy Committee, Gender Awareness Trust, Alhaji Baca Mohammed Tijjani said, there was a lot of reason he believed this bill was going to be useful to members of the public in the state.

“For example, it will enhance cohesion that is, uniformity of the law within the country since that Act was passed by the federal government in 2015.

“Secondly, it tends to protect persons against violence generally because it is not gender based. It is no longer hidden that, there is rise in domestic violence throughout the state and country.

“I am sure if we have the opportunity of passing this bill, it will help in curtailing most of these problems.

“My message generally is for people to be patient with one another and have maximum respect for the laws of the land.

“I will also like to enjoin members of the public to do away with all forms of domestic violence because it is killing us gradually, belittling our cultures and values. Each of us should act”, the traditional father urged.

Also speaking, Secretary, House Committee on Information and Home Affairs, Kaduna State House of Assembly, described the training as worthwhile despite his initial knowledge about the bill.

According to him, “honestly speaking, we have been here for the past three days sharing and  learning a lot about legislative issues. Though I was in the picture of what the bill is all about and we have been able to sit and deliberate before the Assembly Committee and I was very conscious on how I approach the honourable members about it.

“The first thing is to let them understand what the bill all about that, due to excessive violence, in Kaduna, there is high rate of violence. Records show that day by day, there are a lot of cases.

“Out of the 25 cases recorded due to the clashes with existing law like penal code, child welfare and protection law, electoral law etc, the team decided to identify those areas already covered by the existing laws. Still, we have about eight that are very important. So, I felt I should be part of this to address the issues.

“What I’m taking away from here is that, advocacy training is very important for one to understand better even if you are involved.

“This training has shown a way forward on how best you can approach the stakeholders and targets.

“The certificate that was issued by NDI showed how important the training was because we have attended several trainings without any certificate.”

To Grace Solomon, the training was apt and time saving in the sense that, a lot was learnt about how to present the idea to the stakeholders in such a way it would be difficult to reject.

“The passage of this bill would be of great importance to Kaduna state because the rate of violence is alarming.

“From here, I will engage on one-on-one awareness campaign about the consequences of violence while also informing those that will fall victim of domestic violence on how they can seek redress”, Grace promised.

The training of advocacy committee members on VAPP Bill in Kaduna State took place between Monday, May 7 and Wednesday May 9 at a hotel in Kaduna with representatives of NDI and GAT in attendance.