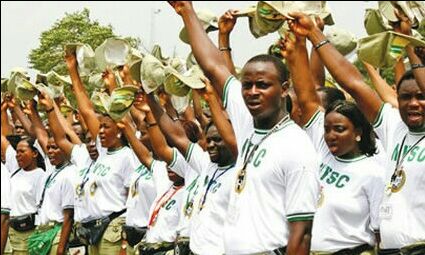 Following some opinion, wish, thought, idea, imagination that the National Youth Service Corps (NYSC) should suspends the May 2017 orientation exercise because some corps members who practise Islam religion will be fasting, the scheme has said participation is not a compulsion.

NYSC also said, adequate plans have been made in such a way that it will be convenient for fasting ones among corps members during the 21-day exercise.
The May batch orientation camp begins today, Tuesday May 23rd, 2017 with about 2,200 prospective corps members expected at permanent orientation camp, Kilometers 16, Kaduna-Abuja express way, Kaduna for the first segment of the service year which is orientation course.

Others are primary assignment and entrepreneurship training, community development services and passing out parade, all to be carried out withing eleven months or thereabout.

Speaking with Gobroadsheet in Kaduna, the State Coordinator of NYSC, Mallam Bello Balama clarified that, there was a meeting with Muslim Corpers Association of Nigeria (MCAN) and they collectively agreed to go ahead with the programme as scheduled.

“We have adequate plan as usual to have smooth Ramadan period for those corps members that will be fasting. They have their meals as when they want it. We also have provision for fruits and the drills are not force during the fasting.

“I was in charge of Zamfara last year and today in Kaduna. But generally, there is no way we can force them to do it. The programme will continue as scheduled.

“We had a meeting with MCAN and they agreed on time of the course. Even some of them do actively involved in all the camp activities as if they are not fasting”, the state coordinator stated.