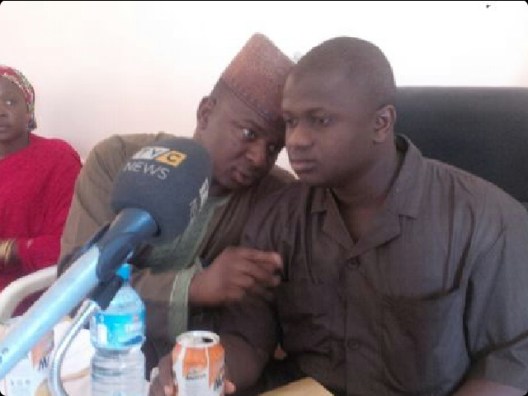 Coalition of Northern Nigerian organisations under the auspices of Northern Consensus Movement have called on the Federal Government to treat violent groups, especially in the south-eastern part of the country like Boko Haram.

The movement at a press conference in Kaduna on Saturday said, “all groups including separatist elements that use violence as an instrument of expression of grievance, such as, the Indigenous People of Biafra (IPOB) should be given same treatment as Boko Haram.

Leader of the movement, Comrade Jibrila Gadzama lamented that, it was unfortunate that, despite that Northern Nigeria accommodates and plays host to all tribes and other compatriots from other regions of Nigeria, Northerners have remained unappreciated and viewed as parasites in other regions.

According to him, “The North contributed immensely to Nigeria’s foreign reserve earnings through agriculture even before the discovery of petroleum in Nigeria. Our groundnut pyramid era shouldn’t be forgotten so soon.

“Regrettably, despite the critical role played by the North and Northerners, we have observed growing tendencies of attacks on our brothers living in the south-eastern part of the country by Southerners with virulent separatist sentiments.

“Since the last general elections, hundreds of innocent law abiding citizens of northern extraction living in the south-eastern part have been killed in cold blood, with their businesses and properties destroyed.

“This madness cannot be allowed to continue. We therefore demand that, full inquiries be conducted into the incidents of aggression against northern citizens residing in the south-east and the perpetrators be brought to justice. And that all lives and properties lost be compensated in the appropriate and adequate manner.

“That adequate protection is given to neighborhoods, places of worship and businesses of northerners in the south east.

“It is necessary for all Nigerians to live with one another as pre-requisite to nation building. This must be done in a spirit of respect and brotherliness. We cannot continue to watch innocent people killed, maimed and brutalised for no reason other than being Northerners.” The groups said.