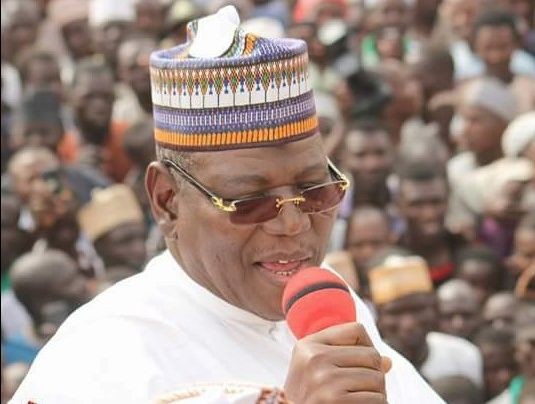 He was hopeful as he expressed optimism that, he may be sworn-in as the president of the country after the 2019 general elections because he has all its takes to sweep home victory.

Presently, he’s doing this under the  platform of PDP but because of his relationship with the promoter of what is now known as third force, Chief Olusegun Obasanjo, political analysts say Sule Lamido may move with thousands of followers from PDP anytime soon.

At the grand rally in Birnin-Kudu attended by thousands of his supporters, the Jigawa born politician challenged anyone who think he has the wherewithal to get ready for the real competition.
”The 2019 presidential election is undoubtedly going to be between two northern Muslim Fulani men‎ that were both at one time governors and ministers at their different times”, he opined. BUT, who could the second person be? Time will tell.
One of his admirers, Comrade Mike Msuan wrote on his social media wall, “Nigeria resuscitation project 2019, Dr Sule Lamido, the leader of the masses, today in his hometown for officially commissioning his campaign office for president.

“The leader of the Talakawas issued a quick notice to President Buhari and his party. No amount of reconciliation will save them from defeat come 2019”.