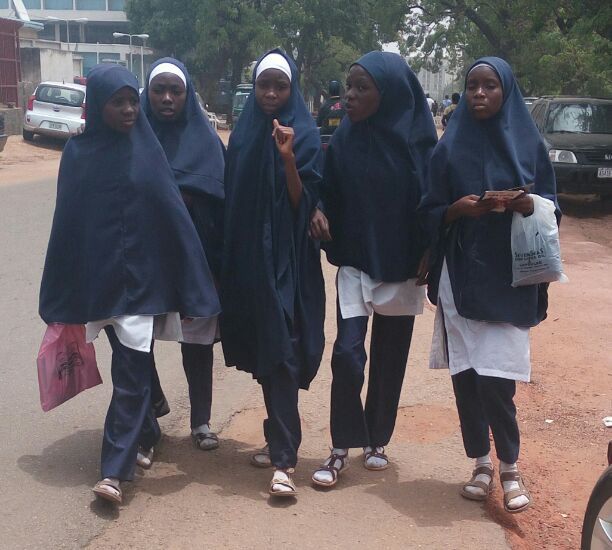 Kaduna State Governor, Malam Nasir El-Rufai, Wednesday said when the executive bill that gives access to 9 years free and compulsory education in Kaduna becomes operational in September, parents, who refuse to send their children to school will be prosecuted.

The Governor said the State government has invested massively in educating its  children, emphasising that:” By doing this, we are ensuring that all children, the teenage girl inclusive, will have their say right to a proper academic foundation to develop their potentials fully , thereby empowering her to live a fulfilled life ”

The Governor, who was represented by his Deputy, Arch.Yusuf Bala Bantex at the event of commemorating the 2016 World Population Day under the United Nations Population Fund (UNFPA) 7th programme assistance held in Kaduna, noted that the day has been set aside to draw the attention of governments and developmental agencies on population issues affecting developing societies.

El-Rufai disclosed that just a couple of months ago, the state received 21 Million US Dollars as grant from World Bank.

He added  that the state government is working tirelessly to increasing access to healthcare services to all children through comprehensive healthcare programmes: “Through this intervention, we are equipping primary healthcare facilities in all the 255 wards in the state and stocking them with drugs and medical equipment to increase access to quality healthcare.

“We are also rehabilitating and equipping 23 Secondary Healthcare facilities in 23 LGAs for a better referral system and improved healthcare services for all residents of Kaduna State”.

El-Rufai said, “The theme of this year’s World Population Day, is “Investing in Teenage Girls”, an issue that this government is especially passionate about because we firmly believe that every teenage girl should be given the opportunity to grow into a productive
adult contributing to the growth and development of her community.

“We cannot deny that young and teenage girls in Nigeria, especially in the north, are facing issues detrimental to their well being. Issues ranging from forced marriages, early motherhood, sexual abuse, gender discrimination and lack of access to basic social services like
reproductive healthcare services, education and prompt justice in cases were these girls have been sexually abused.”

He maintained that, “Teenage girls need to be given the necessary tools and opportunities to make informed decisions about their lives and future. That is why this administration has been pushing for the domestication of the “Child Rights Act”, as a necessary tool that will give girls the protection that they need and a fair chance for self-realisation.

“In addition to these, we are also strengthening our justice system to
speedily respond and tackle cases of rape and other forms of violence and abuse against the girl child in the state and we can tell you that this effort has been yielding positive results.”

All public hospitals are providing free treatment and drugs to pregnant mothers and children under the age of five. These interventions will definitely go a long way to help in tackling the numerous health challenges faced by our teenage girls”.

El-Rufai stressed, “As we observe this year’s World Population Day, I want to assure all our development partners of our commitment to uphold the fundamental human rights of all persons including teenage girls. I also want to reemphasize the fact that when a teenage girl has the means and the information to make her own decisions in life, she is more likely to realize her full potentials and become a positive force for change in her community”

Currently, Nigeria ranks high among the contributors of out of school children in the world, with Northern Nigeria leading in this ugly phenomenon.

According to a UNICEF report, 40 per cent of Nigerian children, aged 6-11, do not attend any primary school and
unfortunately the northern region records the lowest school attendance rate, particularly for girls. As a government we cannot allow this dangerous phenomenon to continue as it is dangerous for our collective future” the governor said.