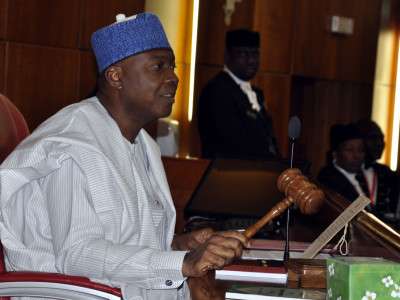 //Godwin Ekosin, Kaduna, N/w Nigeria//
Grand for Political Development group on Monday called on Nigerian Senate to save itself from national embarrassment by withdraw the allegations against Secretary to the Government of the Federation, David Babacir Lawal, saying the allegation  cannot stand rigorous scrutiny.

The group, which stated this in a press statement signed by its Coordinator, Ado Sidi Gumel in Kaduna, faulted the process that led to the call for the resignation of the SGF arguing that, it paints the Senate as desperate to get at the executive arm of government at all cost.

According to the group, it appears the Senate is eager to hold public office holders accountable, it jumbled up a lot of issues in the process, adding that is clear from how the Senate tried to manipulate the issue of the resignation of the SGF from Rholavision to suit its narrative.

The statement read in part, “it is proven fact that the SGF had resigned his appointment withRholavision  shortly after he was appointed and there was no way he could have been part of the firm at the time the contract was awarded.

“This makes it preposterous for the SGF to be linked with any financial dealing that has to do with the company as everybody knows that such responsibilities cease with resignation from a firm.

“It is trite in both the laws of this country and the law of natural justice that every accused must be given an opportunity to defend himself or at least state his own side of the story before drawing conclusion on a matter.

“This Senate failed to do leaving one to wonder the motive for being in haste to release the one sided report it later presented to the public,” he added.

“We therefore hold that many issues imported into the mix of allegations and recommendation have made a mess of the entire issues surrounding the SGF.

“The SGF is innocent and is only a victim of a cabal trying by all means to paint the executive arm of government in bad light so as to tar the Buhari administration with ink of corruption”, added the group.