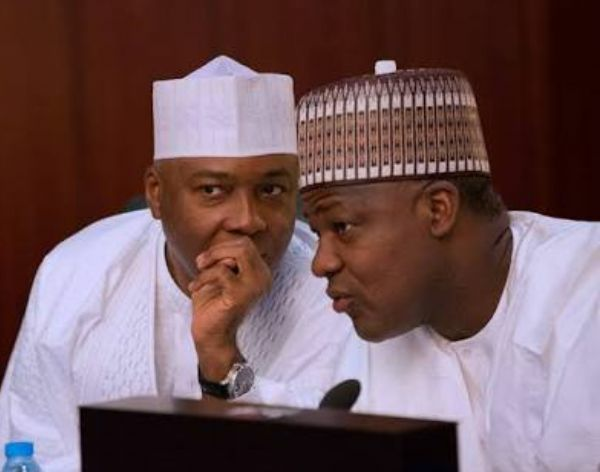 Arrangements have been concluded to honour the Senate President, Distinguished Dr. Abubakar Bukola Saraki, the Speaker of House of Representatives, Rt. Hon. Yakubu Dogara and three others with special Media Awards.

The awardees were unanimously selected on merit at the last Annual General Congress of Arewa Online Publishers Forum for their loyalty and commitment. Dr. Abubakar Bukola Saraki and Rt. Hon. Yakubu Dogara are being honoured specifically for providing decisive, purposeful and effective leadership that helped check the excesses of the Executive arm from turning Nigeria’s fragile democracy into a dictatorship.

Notwithstanding the distractions, the leadership of both chambers provided quality leadership that culminated in landmark legislations which made the 8th Senate and the House of Representatives the most productive since 1999. For example, the Senate passed an unprecedented 213 Bills, the highest since 1999.

The Bills included the Petroleum Industry Bill, PIB; Not Too Young to Run Bill (now an Act); Electoral Act Amendment Bill; National Housing Fund Bill, and the Federal Mortgage Bank of Nigeria Bill 2018, amongst others. There is no doubt these will impact positively on Nigerians in the near future.

For his commitment, sterling qualities and leadership, Senator Magnus Ngei Abe is being honoured with the Forum’s Internal Democracy Champion’s Award.

In the last two years, Senator Abe consistently championed the cause of intra-party democracy in the All Progressive Congress (APC), which resulted in Rivers State being the shining light of democracy in the lead-up to the 2019 election. He has consistently been one of the most active senators of the outgoing 8th Senate through his quality contributions.

Senator Shehu Sani is being honoured for Genuine Populist Representation and unalloyed loyalty to the electorate by insisting that Kaduna State did not secure a $350 million loan which could have been used to enslave children and unborn generations.

He is also being honoured for his quality contributions in helping to give direction to Nigeria’s pan-African, Africa-centric foreign policy, and for his true revolutionary leadership. Meanwhile, his open door policy made him accessible to his constituents.

Finally, Senator Kabiru Garba Marafa is being appreciated for his Doggedness and Perseverance in the struggle for democracy which has served as inspiration and encouragement to his constituents, Zamfara State and lovers of democracy in the country.

Also, in the last two years, Marafa’s persistent outcry on the floor of the Senate attracted national attention which eventually forced Federal and Zamfara State governments to do the needful over the worsening security situation in the state. He also provided quality and purposeful leadership for the Senate Committee on Petroleum (Downstream).

History teaches us that but for the 6th Senate, both chambers of the National Assembly distinguished themselves and served truly as the people’s Parliament.

Nigerians are living witnesses and are proud of majority of the members of the 8th National Assembly (i.e. the Green and Red chambers) for resisting sustained blackmail, intimidation and temptation by the Executive to become its rubber stamp.

It is hoped that these Awards would spur members of the 9th National Assembly to individually and collectively resolve to elect credible leaders with foresight and dogged commitment to serve the Federal Republic of Nigeria so that they can make laws that would move the nation towards development, rather than seek to be loyal to the Presidency and the ruling party.