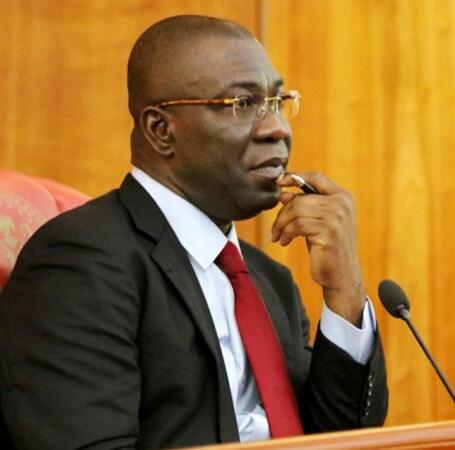 The Office, through Special Adviser (Media) to Deputy President of the Senate, Uche Anichukwu, also notes that in July 2015, the Police spokesperson told the world (and it is on record) that the NPF did not invite Senator Ekweremadu for questioning and that the NPF did not at any time question him over the so-called forged Senate Standing Orders.

Uche in a statement Sunday said, “we are, therefore, as surprised as other Nigerians at the current twists and turns by the same police one year after and also after they had since submitted to the Attorney General of the Federation, their investigation report,  which neither indicted nor even made the slightest  mention of Senator Ike Ekweremadu. Moreso that the petitioners never named Ekweremadu in their petition in the first instance.

“We wish to state that we read the reports of the so-called police invitation and charges allegedly preferred against Senator Ekweremadu; the Senate President, Senator Bukola Saraki; and others on the pages of the newspapers  like other Nigerians.

“Even as we try to reconcile the reports of the simultaneous police invitation and court processes, nobody has, till date, served the Deputy President of the Senate any letter of invitation by the police or court summons.

“The Office or person of the Deputy President of the Senate is not in the moon. The concerned authorities know how and where to reach Senator Ekweremadu if they want to. But, so far, everything remains in the realms of the usual propaganda onslaught to malign, bully, intimidate, and divert attention from the real challenges presently confronting the nation. However, when the bird jerks in the air, we can fathom where it would perch.

“In the meantime, we want to assure our teeming supporters, well meaning Nigerians, and youths from across Nigeria and beyond, who have continued to throng Senator Ekweremadu’s residence and inundate him with calls, mails, and text messages to make inquiries, express their displeasure, and show solidarity over this daylight persecution, that there is no cause for alarm.

“The hands of Senator Ike Ekweremadu are clean because he has no business whatsoever with the production of Senate Standing Orders.

“This latest attempt to try and convict him in the court of public opinion notwithstanding, we do not want to mount a public defence. We would rather meet them in court if they so wish.

“While we plead with our supporters across the nation to maintain the peace and go about their normal businesses unperturbed by this latest act of harassment and impunity, we want to reassure them that no form of intimidation and onslaught to rubbish him will make the Deputy President of the Senate shy away from diligently carrying out the constitutional duties, which his constituency and Distinguished Senators representing every part of Nigeria, lawfully elected him on June 9, 2015 to perform for the good governance and development of Nigeria. Ekweremadu will not legislate in fear, and he will certainly not fear to legislate.

“If an attempt on his life on November 17, 2015 (which there are no facts or information to show that the police investigated an incident of such magnitude duly reported to them) did not deter him, certainly not even a purported police invitation, lawsuit, propaganda, and intimidation would cow him because Nigeria belongs to all of us, irrespective of our different political, ethnic, and religious leanings.”