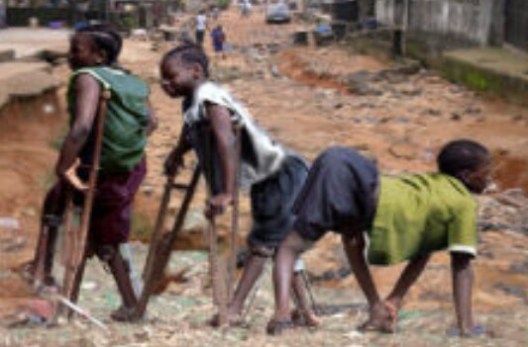 A Maternal and Child Health Advocate, Blessing Mbonu, who works with Archdiocesan Catholic Healthcare Initiative (ACHI) in Kaduna Nigeria, has observed that poverty and ignorance are among major challenges hindering total eradication of polio in her country.

Ms. Mbonu who stated this while fielding questions form Gobroadsheet said, her experience in the field has shown that men apathy is one dependent variable that must be addressed if campaign against polio and other child killer diseases will succeed in the country.

According to her some people, especially in northern Nigeria, don’t want to accept polio vaccine due to misconception that it is a way of reducing Africa’s growing population.

She said many of them believe that when their children take the vaccine, they will not be able to give birth when they grow up.

Mbonu said, “some of them also felt there is no need for vaccination since government don’t hitherto provide them any medical assistance except the vaccine which is suspicious. They believe it is not save for their children to accept”.

“They do come for free drugs and other medical needs and then get their children vaccinated also in the process.

According to her, “the major challenge here include poverty, ignorance and men apathy. Many of them don’t even know that, if they maintain good hygiene in their environment, they can prevent a lot if diseases including polio.

“Now, we need the awareness more during this raining season and ACHI is not taking that lightly at all. This season is when you have stagnant water, erosion and dirt spread in our communities.

“We need to tell our people to maintain best hygiene because chances are that polio can be contacted through oral means. For instance, if somebody somewhere during dry season have defeacate openly an erosion may transport it to another community where children can unknowingly, while playing around get it into their mouth. This is why hand washing is important too.

“The implication is that, once a child has the virus, there is possibility of transferring it to two or three children very fast due to their delicate body system.

“The way forward is all encompassing as it were. And this means religious leaders, traditional leaders, influential people in the community, health workers, media and government; in fact, both the literate and illiterate should lead this campaign, because we just have to kick polio out of Nigeria, and out of Africa.”

ACHI said what this means is that, we need massive awareness and men especially in the North should be at forefront.

Nigeria is the only country holding back Africa. The country was about to be declared polio free in 2016, but two cases were reported in Borno State, Northeast Nigeria.

A country has to stay three years without reporting any new polio case before it is announced polio-free by the World Health Organisation.