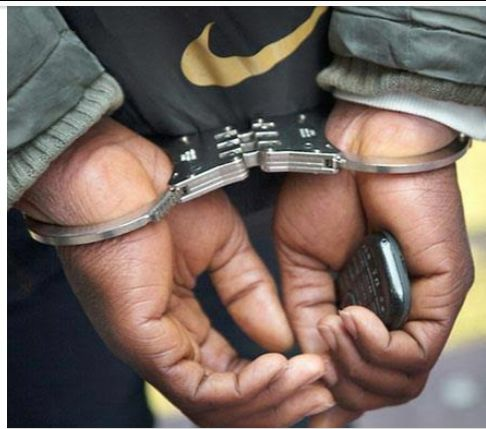 Abdul-Lateef Mustapha, a 38-year-old Islamic cleric at Mojoyinola Street in Apelehin Bariga area of Lagos State, who is popularly known as Alfa, is now gnashing his teeth in regret for allegedly defiling the 17-year-old niece of his wife.

The Islamic cleric who before the sordid incident was highly respected in the neighbourhood for his piety, allegedly took advantage of the teenager and had sex with the teenager three times before the evil act was reported by the girl.

Sunday Sun gathered that Mustapha’s randy acts were blown open on Saturday, February 16, 2019, when the defiled teenager hinted to neighbours in the compound, how the cleric had turned her into his sex slave.

The victim, name withheld, said the suspect first assaulted her when she was sleeping on the floor in their single room apartment on the 31st December when Mustapha’s wife travelled out of Lagos. And since after that day, he has continued to defile her until she couldn’t bear it anymore.

Her words: “I was defiled three times by my aunt’s husband – Baba Alfa. He is like an uncle to me because his wife is my mother’s sister. My parents live in Kano and are poor, so they allowed me to come live with my aunt here in Lagos. It was last year, on December 31, 2018, when my aunt was not at home that Baba Alfa started having sex with me. He came at me that night and defiled me right on the bare floor where I usually sleep. He threatened me never to tell anyone what happened. He raped me three more times. I became afraid all through because I couldn’t tell my aunty or anyone. I managed to hint it to some of our neighbours who saw me crying outside after I got defiled.”

Some of the neighbours that got wind of the matter, but do not wish to be identified, told Sunday Sun that they were rudely shocked when the young girl said Alfa was sexually abusing her.

According to the residents, Mustapha has always been a revered Muslim cleric with a beautiful wife. The cleric always wore a gentle mien in the commune.

“When we saw the girl squatting at a corner outside the compound that night and crying, we wanted to know why she was sobbing uncontrollably. She refused to speak up but we persuaded her to tell us what the matter was and we got the shocker when she revealed that Alfa had raped her. We couldn’t believe it because Baba Alfa is well regarded in our neighbourhood as a staunch Muslim. We all see him observe the five salat prayers and how strict he observes the Ramadan fast. All clerics here respect him. So we were shocked and didn’t know what to do.”

However, some of residents escalated the matter and reported to Comrade Toyin Okanlawon – a community leader in Bariga, and social worker of the Lagos State Child Protection Network (CPN). Okanlawon with a combined team of social workers and police officers from Bariga Police Station moved in and arrested the suspect. “I got to know of the case on Monday, February 18, and then went to arrest the perpetrator with policemen. The young girl’s parents sent her to Lagos because they are very poor and couldn’t cater for her or send her to school. So they allowed Alfa’s wife to bring her to Lagos for better care and to fund her education. But sadly instead of going to school she has been serving as an apprentice in a salon. And at her age she can’t read or write. Her story is a sad one so we’ll get a shelter for her where she would be properly taken care of by the state.”

Stating his own side of the story, Mustapha blamed the devil for fueling his lust, which led him to sexually abuse his wife’s niece. The father of three expressed regret as he confessed to raping the victim three times.

“Please forgive me, it was the devil that led me to start having sex with her. I go to have sex with her on the floor sometimes when my wife travels out of town. I have brought shame and disgrace to my family and friends. Many people accuse me of using charms to have sex with the girl, but that is not true. I only went to wake her up that night to go out and ease herself. But I became attracted to her,” the cleric said.

The DPO of Bariga Police Station, CSP Segun Titiladunayo, while confirming the incident, condemned the sexual abuse of the minor and urged residents to come forward, to report whatever criminal activities they see happening anywhere around their commune. He added that the suspect has been moved to the headquarters of the State Criminal Investigation Department (SCID) at Panti for further investigation and possible prosecution.”

With Henry Okonkwo, The Sun Newspapers