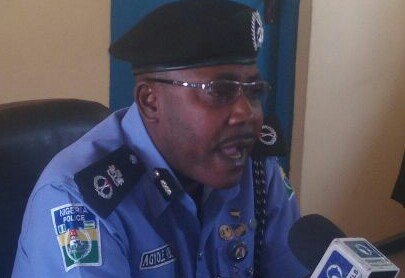 Kidnappers of two German Archaeologists, Professor Peter Breunij and his Associate, Johannes Buringer, who were abducted at Jenjela village in Kagarko local government of Kaduna State on Wednesday have not yet demand for any ransome.

The Professors are the leaders of a four man team from the University of Frankfurt, Germany who were currently working in Nigeria in collaboration ‎with the National Commission for Museum and Monuments and other institutions  on the relics of Nok culture in Nigeria before they were seized by unknown gunmen about 100 kilometers from Abuja, the Federal Capital Territory.

Police Public Relations Officer in the State, ASP Aliyu Usman, who confirmed the abduction said, the command had deployed special anti-kidnapping, anti-rustling in addition to special forces deployed by Inspector General of Police, Ibrahim Idris to comb the bushes for timely possible rescue of the abductees.

It is important to note that, high and low cases of kidnapping in Kaduna have in recent times on the increase and if not properly address may jeopardize the planned flight diversion from Nnamdi Azikiwe International Airport Abuja to Kaduna International Airport for six weeks. Locals were worried about the whereabout of security attaché to the abductees.

ASP Usman said, “our utmost priority for now as a responsive Police Force is to rescue the abductees as soon as possible. The suspects have not demand for any ransome as at now.

“We are working seriously to rescue them. The command have deployed anti-kidnapping and anti-rustling units to be assisted by patrol team and Kagarko unit patrol team. These are in addition to special forces deployed just yesterday by IGP.

“We will rescue them very soon. We have already satarted the operation and we are very optimistic that the search will be fruitful because we have done it before where we rescue kidnapped victims and syndicate apprehended and this one will not be an exception.

“If you can recalled, we have arrested a kidnapping syndicate responsible for high profile kidnapping like that of former foreign affairs minister, a member of Kano state house of assembly among others. So its unfortunate but we are on top of the situation”, he reiterated.