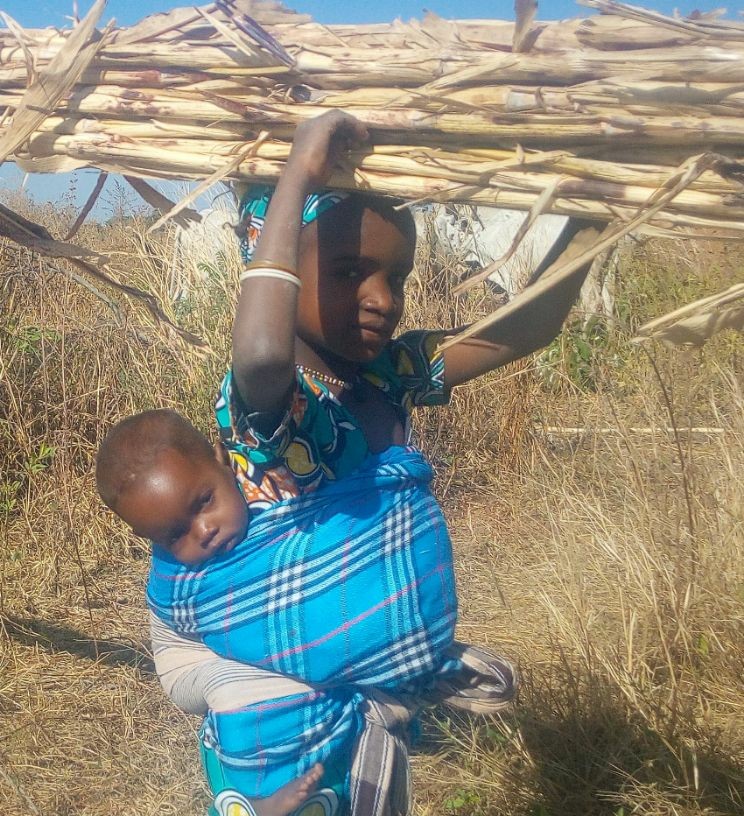 They call it “Abuja marriage.” It is another name for “arrangee marriage,” because it is contracted without the consent of parents or family members.

Living together by male and female adults as husbands and wives without bride price has always been an issue in Abuja. It is taking a more bizarre dimension.

However, this feature is greatly under attack due to the economic situation in the country. The cohabitation of adult male and female is gradually becoming a tradition in Abuja. It is no longer strange to see adults living together as husbands and wives, bearing children without any formal marriage contract or even the knowledge of their family members. The increasing rate of this gave birth to the phrase “Abuja marriage.”

Investigation by Daily Sun revealed that most young girls between the ages of 18 and 35 who left their parents for Abuja in search of greener pastures are involved in this form of marriage due to their inability to secure their dream jobs or get an accommodation of their own.

Some of the ladies who spoke with our correspondent confessed that they regret their actions because it has done them more harm than good, while some young men also lamented that because of the new style of marriage in town, they were afraid of taking some female friends to their apartments to avoid being trapped.

Judith Atama, 22, from Jabi confessed how she landed in an unprepared marriage because she could not foot her bills after her aunt threw her out of her house.

“I followed my aunt from the village in 2014. Before I embarked on the journey, she told me that in Abuja there are lots of job opportunities, that once I get to this place, I will get a well paid job; that her husband already has one vacancy in his office.

“When we got here, the reverse became the case. For good one year, I was at home doing baby-sitting. When I insisted that I wanted to work, everything changed. One fateful day when I came back, I saw my things outside. She said her husband said I should leave his house since I can’t wait for him to get me a job.

“I moved to a friend’s house but discovered she was into prostitution. When she encouraged me to join the business and I refused, another trouble started. I had no option than to move to my boyfriend’s place thinking that I would stay there and raise some money to rent my own apartment. It never happened. Rather, I started bearing children with him.

“In December 2017, he traveled home to see his mother. After two days he called me that he could not continue with that kind of life. He said he never told me he wanted to marry; that I forced myself on him, that I was the cause of his poverty. Till date, I have not seen or heard from him. That was how I destroyed my destiny with my hands. I now sell sachet water to cater for myself and two children.”

Joy Enejo, 25, from Maitama confessed how she married a father of five without knowing that his family is in Lagos:

“We dated for two years before we started having children. He provided everything I needed but he never took me out nor was he comfortable seeing me with friends.

“I have ever wondered why he never wanted to introduce me to his family or marry me properly, knowing that he is very rich until January 4, this year. A woman called me to leave her husband alone, that they are happily married and have five children. She sent their wedding pictures and that of the children.

“The heat from the wife was too much. When I confronted him, he didn’t say anything. My life is scattered. Where am I going with my three daughters? I am very confused right now.”

John Ani from Kuje lamented how “Abuja marriage” brought him to zero level.

“I met this beautiful lady and we started dating. She later moved in with me when she became pregnant. Not that I could not marry her properly but I thought it would be better to invest the money and make more profit for the upkeep of the family.

“After the birth of our first baby, she took in again. This time she became very ill that I could not keep it to myself. She gave me the contact of her people, I called the mum and she came down to Abuja but unfortunately, she passed on.

“I did the marriage ceremony from the beginning to the end before the burial rite. Everything I had laboured for is gone. I will not encourage even my enemy to live with a woman that he did not marry, it is very risky. I saw hell.”

Victor Eke agreed it is risky to live with a woman who is not legally married to you.

“I don’t know what is wrong with our ladies of these days. Once they visit and discover you have a conducive environment, they start from passing nights to spending weekends and from weekend, they move in totally. I am not interested in that kind of marriage, l have stopped bringing ladies to my house to prevent it.”

A mother of three, Florence Sesugh, finds nothing bad in two adults who are in love cohabitating. She said that was how she married her husband and it is happily blessed with three boys.

A clergy, Henry Tim, advised youths to desist from the act as it is not acceptable in the sight of God. “It is a sin and very risky considering the level of insecurity in the country.”