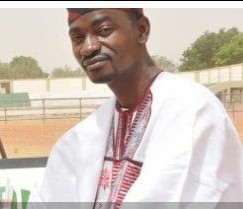 The letter of appointment dated February 21, 2018 was made available to newsmen by Mr. Onjewu Dickson on Tuesday March 13, 2018.

According to the letter which was signed by Engineer Musa Nimrod who is the North West Zonal Representative as well as the NVBF President,  the appointment was ahead of the forthcoming zonal league.

“Sequel to this, you have been appointed to serve in the Zonal League Management Committee as a Member.