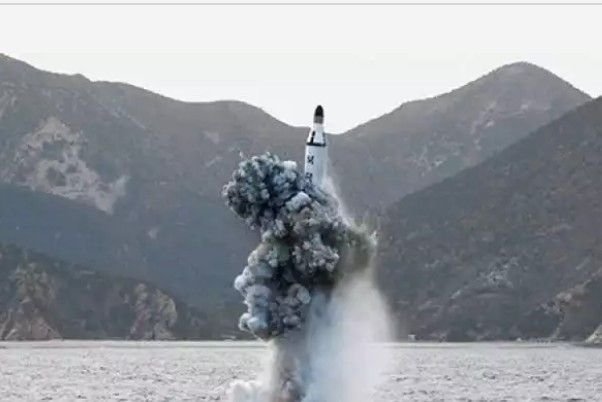 North Korea fired a missile over Japan, the Pentagon confirmed on Monday.

“We assess North Korea conducted a missile launch within the last 90 minutes,” the Pentagon said.

Will a new router speed things up? The one I have now is a few years old.

“We can confirm that the missile launched by North Korea flew over Japan,” the Pentagon continued. “We are still in the process of assessing this launch. North American Aerospace Defense Command (NORAD) determined the missile launch from North Korea did not pose a threat to North America. We are working closely with Pacific Command, Strategic Command and NORAD and will provide an update as soon as possible.”

A senior U.S. official said that there had been some movement suggesting an intermediate missile was being prepped.

The missile was fired from the area of Sunan in Pyongyang shortly before 6 a.m. and flew east, South Korea’s Joint Chiefs of Staff (JCS) said, according to Yonhap News Agency.

“It passed through the sky over Japan,” the JCS said.

The move came after North Korea fired three short-range missiles on Saturday — all deemed successful despite initial reports suggesting failure, according to the U.S. military.

Seoul’s Joint Chiefs of Staff said the projectiles fired during the weekend from North Korea’s eastern coast flew about 155 miles.

Japan’s military has been practicing deploying anti-missile batteries at three U.S. bases in Japan. The U.S. military says the drills will test the ability of Japanese and U.S. forces to work together and assess firing locations at the bases. They will also allow Japan to practice rapid deployment of its PAC-3 anti-missile system

Earlier this month, President Donald Trump claimed that the North would be met with “fire and fury like the world has never seen” if threats from the rogue regime continued.

North Korea has conducted a series of test launches to develop its missile capability and recently threatened to send missiles over western Japan and into waters near the U.S. territory of Guam.

Secretary of State Rex Tillerson had recently said that he was “pleased to see that the regime in Pyongyang has certainly demonstrated some level of restraint that we’ve not seen in the past.”

Asked to address those comments on Fox News Sunday, Tillerson said he wanted to continue a “peaceful pressure campaign.”

The missile was the 18th to be launched this year by North Korea. This is the third time North Korea has fired a missile over Japan. The last time was in 2009.

A missile was also fired over Japan in the 1990’s.