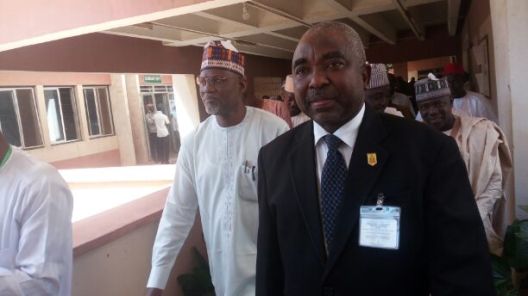 “Kaduna State Governor Malam Nasir El-Rufai has reaffirmed his firm support for and solidarity with Senator Suleiman Othman Hunkuyi, the distinguished Senator for Kaduna North Senatorial District. The governor dismissed those purporting to recall Senator Hunkuyi, and warned them to stop tarnishing the image of respected persons, or trying to create divisions.
In a statement signed by his spokesman, Samuel Aruwan, the governor said that Senator Hunkuyi is a pillar of the movement that achieved victory for the APC in Kaduna State.
“Senator Hunkuyi is a respected representative of our people with a distinguished record of service in formal and informal positions of leadership. He chaired our campaign team with distinction, ensuring that we won the election in every zone of the state. Since the election, he has been a valued stabilizing influence in our party and in the state.
“As part of his duties of representation, Senator Hunkuyihas taken significant steps to build human capacity in his senatorial district. He arranged for 30 female students to be trained as medical doctors in Uganda, a foresighted move that will improve healthcare provision. He had also sponsored medical missions that have enabled his constituents get treatment for hypertension, diabetes and other medical conditions. At least 565 persons have benefitted from these interventions.
“In testing times, Senator Suleiman Hunkuyi has proven to be a loyal and disciplined party man. He stood firm for the APC and its directives when others were flouting the wishes of the party in selecting the National Assembly leadership in 2015. He has never undermined the party at both state and federal level. He has never joined forces with those, who after using the APV to get elected, have been doing their utmost to destroy the party and torpedo the hopes of our people.”
“This is a man that deserves every respect. Those playing the childish game of a futile recall bid on SenatorHunkuyi should desist. We are proud of Suleiman Hunkuyi, and we frown at any attempt to tarnish a man who has served our party well. What he deserves is respect and gratitude for his contributions to Kaduna State. We support him fully. He has earned it!”