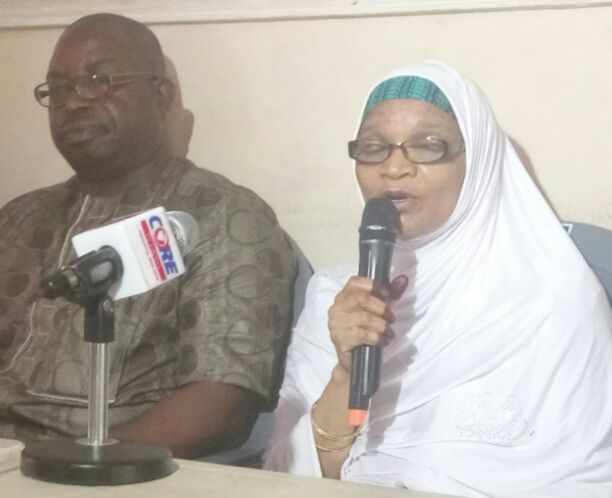 Chairman, organizing committee of the summit, Alh. Lawal Kankia Ibrahim
While briefing newsmen at the Kaduna State Secretariat of Nigeria Union of Journalists Tuesday afternoon hinted that the Summit will kick-start with
a tour of Kaduna Refinery and Petrol Chemical (KRPC) facilities on Wednesday 17th August, 2016.

The chairman planning committee added that the summit is aimed at
chatting a course of economic development for the new dispensation as part of change mantra of President Mohammadu Buhari’s led federal government.

According to him, Managing Director of KRPC, Mallam Idi Mukhtar Maiha, will be speaking on the topic, “The
Imperative of the Change Agenda for Institutional Development In
Nigeria while Minister of Environment, Nigeria, Haj. Amina Mohammed is billed to present paper on “Transforming the Nigerian Economy for sustainable
development”, among others.

Earlier, Zonal Chairman of the institute, Mrs Rabi Umar Sodangi, who described the event as timely said, “we want to contribute our quota by advising the government on the imperative of  the change mantra.

For the change mantra of the government  to succeed, we have to
cha8nge our attitude, we need to do away with religious, ethnicity.

Change of attitude start from you and I. We have to be honest and integrity. So that is why you Journalists are a very important agents towards influencing the society for attitudinal change”.

On state of Nation’s economy she noted, “we need to have a sound economy
policy  better than the yearly budget system we are doing for the system to be effective in fighting corruption.

We will support the governments to achieve that, but we as the
stakeholders should be involved”.

The Zonal Chairman however commended the state government for
handling the issue of security very seriously.