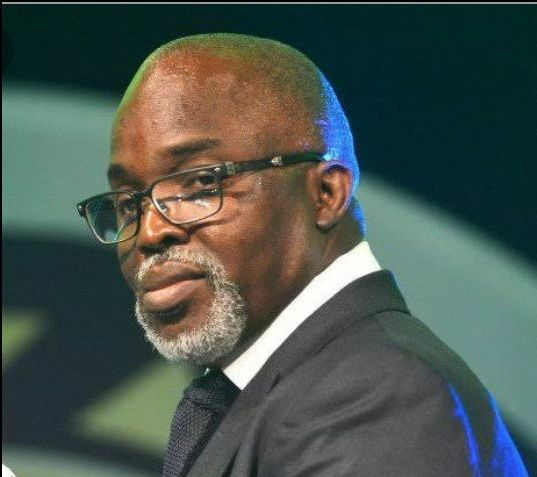 But the Arewa Youth Assembly told sports reporters in a press conference on Tuesday that the SPIP report that allegedly indicted Pinnick and the other NFF officials is “largely untrue, some outright fabrication of falsehood intended to provoke greater depth of ill feelings and promote crisis in NFF”.

Reacting to a paid advertorial on the issue, Speaker, Arewa Youth Assembly, Malam Mohammed Salihu Danlami told sports writer in Kaduna that, “today our curiosity had been ignited by reports on media against the person of Amaju Pinnick for gross misconduct and abuse of his status about $8.4m FIFA grant and N4billion moved out of NFF account without the consent of the football federation.

“To be candid, we don’t support corruption, any form of embezzlement of public fund. In spite of the collective resolve to battle corruption, every accused person is innocent before the law until proven otherwise. Amaju should be treated with the same guiding principle. This is a collection of slanderous, malicious, mind boggling rumours and a figment of the imagination of cluster of individuals who have refuse to come out of mediocrity and poverty of the mind which has befallen them.

“Usually, it would have been unnecessary for Arewa Youth Assembly to dignify the tissues of lies, deliberate falsehood and nondescript narratives dished out by those behind these issues, but for the interest of the same readers whose sensibilities may have been ruffled by that obvious waste of resources in the form of a paid advertorial.

“After our studied decision we found this report of Chief Okoi Obono-Obla to be largely untrue, some outright fabrication of falsehood intended to provoke greater depth of ill feelings and promote crisis in NFF. Amaju Pinnick is not a signatory or in control of NFF account. The role are exclusively reserved and performed by directors and personnel appointed by FGN from the offices of the Accountant General of the federation and Auditor General of the federation.

“NFF under Pinnick has since 2014, kept true financial records of NFF funds as audited by its external auditors PwC and published in the newspaper. These tantrums and diatribe against Pinnick’s rising leadership profile are the handiwork of known enemies of NFF. These individuals who went round peddling all manners of unfounded rumours, have foolishly sold out their pay masters when they averred inter alia to pull the hard earn name of Amaju down.”

“No amount of distraction by the incessant accusation of tribalism can deter Amaju Pinnick from performing his constitutional role as the current serving NFF president. He has exhibited competence and character, a man who has placed Nigeria on the world map of sport development. Recognizing the importance of his leadership most countries looks at present course of NFF as a model for modern governance in sport in their various countries.

“Amaju pinnick’s uncommon commitments mark him out as a purposeful leader. A visionary man reckoned with by all and various sport lovers. It is pitiable the people who have never held positions of responsibility cast aspersions on leaders addressing them in all kinds of derogatory terms. This attempt to malign, insult and denigrate the office of NFF president and drag him into disrepute with a view to aiding some masquerades somewhere to score cheap points is a bad job.

“Amaju pinnick’s leadership has restored confidence, love and hope in the sport industry. The discipline, orientation, development, unity, closeness, love, togetherness and lots more that pinnick initiated, built and put in place are what they want to banish. And the best way to succeed is to follow the footsteps of an achiever.”