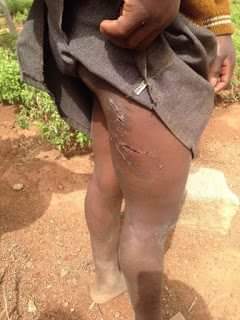 Worried by plight of victims of torture, cruel, inhuman or degrading treatment or punishment, in Kaduna State and Nigeria in general, stakeholders from different sectors on Thursday during an inception meeting, launched an anti-torture network that will henceforth among other things, provide support for victims of torture and also create awareness on the subject matter.

The network which is called “Network Against Torture, Kaduna State” will also support in the area of investigation when ever a case of torture, inhuman or degrading treatment is reported.

Others are: members of the Civil Society Organisations (CSOs), Non Governmental Organizations (NGOs), Nigerian Medical Association, and representatives of the state Ministry of Justice.

The network was a creation of a training programme on “Promoting the United Nations Convention Against Torture in Nigeria” organized by Avocats Sans Frontieres (ASF)‎, also known as Lawyers Without Borders France.

The France based organisation, has been providing legal support to Nigeria defendants and inmates who have been denied their right to fair trial or exposed to cruel, inhumane or degrading treatments, according to Angela Uwandu, head of office, ASF, Nigeria.

Uwandu, noted that in order to achieve the said objectives of the organisation , ASF France had assisted the local lawyers in the defence of critical cases and provides lawyers around the world with various types of training.

The network will also assist in building the capacity of the security agents and other stakeholders in the justice system on anti-torture mechanisms and create an effective system of protection for torture victims in Kaduna State.

Will also work with several other legal organizations for the recognition of human rights, such as presumption of innocence, right to a fair trial, implementation of the rule of law, and right to a counsel, in accordance with the African Charter on Human and Peoples’ Rights, United Nations Convention Against Torture, law and the Human Rights as encapsulated in the 1999 constitution of the Federal Republic of Nigeria.