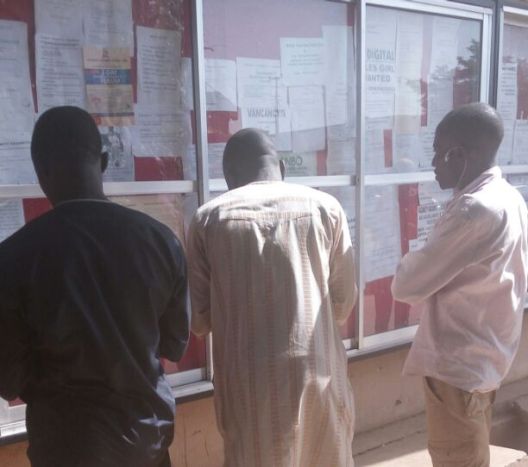 Not fewer than three million Nigerians have lost about N18 billion to the Phonzi scheme, popularly referred to as Mavrodi Mundial Movement (MMM), Nigerian Deposit Insurance Corporation (NDIC) has hinted.

The scheme since it announced new guidelines guiding its operations in Nigeria late 2016, has not recorded new investor while the already existing ones have not been able to recoup their savings from money doublers.

Speaking at the 38th Kaduna International Trade Fair on Thursday, Managing Director of the Corporation, Alhaji Umaru Ibrahim who made the shocking revelation said, frequent usage  of virtual currencies,  such as Bitcoin, Ripples, Monero, Litecoin, Dogecoin and Onecoin as currencies for medium of exchange are Internet-based transactions and are not authorised by the CBN due to the risks involved in their operations.

Represented by the deputy director Corporate Affairs, Alh Hadi Suleiman, the MD lamented that, despite repeated warnings by the Central Bank of Nigeria (CBN)  and the corporation, Nigerians still involved themselves in shady transaction adding that, anyone still involve in ponzi scheme is on his own.

With the advent of the cashless policy and the subsequent licensing of mobile money operators (MMOs) by the CBN, he added further that, NDIC has extended deposit insurance cover to the subscribers of MMOs to the maximum limit of N500, 000 per subscriber per bank through it’s Pass-Through Deposit Insurance Framework.

He said, “the Phonzi scheme is the phenomenon of illegal fund managers, popularly called “Wonder Banks” which have continued to defraud unsuspecting members of the public of their hard earned money. This phenomenon has been a concern because despite our repeated warnings over the years,  some members of the public have continued to fall victims of their fraudulent practices.

“We would like to reiterate the fact fact that these fund managers are illegal as they are neither licences by the CBN to take deposits from members of the public not are those who patronise them covered by the NDIC deposit insurance scheme.

”I want to also draw the attention of some cooperative society which often go beyond their primary mandate by accepting contributions from members as cooperative societies are only recognised to mobilise savings from their members”, he added.

While advising the general public on the dangers of keeping large sums of money at home or in market shops,  he encouraged them to make use of banks around them noting that, there are 978 licences microfinance Banks nationwide out if which seven are spread across Kaduna state which they can comfortably patronised.