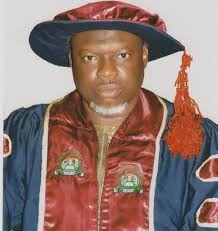 Worried by the high rate of unemployment among the teeming Nigerian women and youths especially those in Kaduna State, Northwest Nigeria, the Kaduna State University through its Entrepreneurship Research and Development Centre (ERDC) is organising first ever Entrepreneurship Volunteerism Service (KADEVS) this Tuesday, March 13 2018 at University’s multipurpose hall.

The programme with the theme: “Turning Kaduna State women and Youth Into Entrepreneurs Through Volunteerism and Craftsmanship”, is expected to open a lot of opportunities to this category of people which a smart government should key into.

10 participants from each of the 23 local government areas of the state have been selected for a start.

The Vice Chancellor of the University and Patron of KADEVS who many described as man of many talents and innovation, Professor Muhammad Tanko believed that, research is integral part of human and infrastructural development which is why he has been supporting a noble initiatives that will bridge the gap between the producer and supplier of commodity and the demand chain.

In this context, KASU trains while Kaduna State government employs based on its need. This can be best appreciated if one understand the modus operandi of university and ministries in the state.

Now, the products coming out of the university on yearly basis are quite handful more than what the government through its ministries and other corporate organizations alone can positively employ. What happens to other unemployed ones? This is what this all important maiden KADEVS was developed to address.

As the Director, ERDC, KASU and Coordinator, KADEVS, Professor Seth Akutson puts it, the rate of unemployment in Kaduna State and in Nigeria at large is exponentially at an alarming rate.

As academia, the university don gave the shocking statistics by the National Bureau of Statistics (NBS) as evidence and possibly the reason a smart government must key into this volunteerism especially, the training aspect of it because of its multi-merit.

According to NBS report of Monday June 5th 2017, 58.1% of youths within the ages of 15-34 are currently unemployed, most of whom lack the required skills to enable them for assimilation into available space in the labour market.

Several efforts in recent past to deal with this societal menace have attempted providing solution to this problem through various approaches. These include launching youth employment scheme, training through various apprenticeship, programs, establishment of employment directorates etc. The choked nature of human resources in various organizations both private and public may no longer accommodate such approaches.

Given an insight into what KADEVS stands to offer the state, the Professor said, “we in Entrepreneurship Research & Development Centre of Kaduna State believe that volunteerism, an aspect of social entrepreneurship is at the moment a noble solution to our growing unemployment challenge”.

What this means is that, KADEVS is a product of thorough research capable of solving agelong problem of unemployment which has over the years given successful governments both at the state and federal levels a serious headache.

In response to this daring danger facing Kaduna State and the country at large; and in fulfillment of its role and mandate in the state, Professor Seth said, the centre, KASU in conjunction with the Kaduna State Association of Local Governments of Nigeria (ALGON) obtained approval from the State Governor, Malam Nasir El-Rufa’i to run the first ever Kaduna Entrepreneurs Volunteerism Service scheme.

At the end of the programme, the Centre is expected to churn out an army of volunteers into the 23 local government areas of the state.

“The mission is to turn all Kaduna State youth to volunteers that will serve their communities for the good of all. NO COST, NO CAPITAL REQUIRED for being Street-Wise Entrepreneurs.
“KADEV is a unique initiative that affords the Kaduna youth at no cost No money for start-up, no personnel, no tools, nothing but just the volunteer.

“The conclave is a sort of boot-camp that participants are coming out with identified areas of volunteer service they can render to their local governments. This training program is training 10 selected individuals (youths and women) who are expected to go back to their various local governments and train another 10 selected individuals on a continuous basis.

“ERDC KASU shall serve as the coordinating center to undertake monitoring and valuation; provide necessary assistance in terms of linkages measurement of impact in the state.

“The programme is expected to produce en-masse volunteers who will turn their backs on idleness and unemployment and get engaged in social service volunteering that will be of immense benefit to their communities.

“The concomitant effect of this programme shall be reduction in unemployment; up-skilling of labour force and improvement of their employability. These shall result in a safe and secure society”, he narrated.

To this end, all hands must be in deck to ensure the success of the programme. For example, the state government should see this as smart investment that worth it while the women and youth in the state should see this as live changing opportunity. Problem of unemployment in Kaduna is one too many and directional idea like this one should serve as a pedestal for other states and even the country.