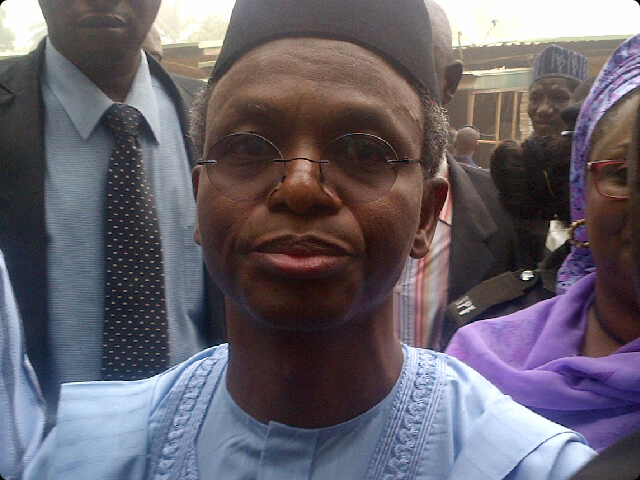 In a bid to address the recent killings in Southern Kaduna, Governor Nasir El-Rufai on Tuesday chaired a meeting of the State Security Council in Kafanchan, headquarters of Jema’a local government area.

The meeting held on Tuesday night followed an assessment tour of the affected locations in Jema’a and Sanga Local Government Areas of the state.

Speaking to journalists shortly after the meeting held behind closed-doors, the Governor said, “These cycles of killings are unjustifiable and senseless. No individual or group has a right to kill other people. Murder is inhuman and ungodly.

“We are saddened by the needless shedding of blood. We condemn lawless conduct and the disregard for life that the killers have shown. If anyone has a problem, he should not take the laws in to his own hands; instead he should report to security agencies who are trained to deal with such situations.

“We came here for practical assessment of the situation, and to condole with the victims. Members of the State Security Council have met here, in a determined bid to stop the attacks and killings.Actions to apprehend the perpetrators will continue, along with other peace-building moves that government has been engaged in.

“Government appeals for the support and cooperation of all citizens to create situations of harmony, and to uphold the security of all persons and property.” He said.

Speaking with newsmen yesterday, the Chairman of Miyetti Allah challenged the journalists who claimed to have spoken to him, to produce audio or video recordings of the said interview.

Alhaji Haruna who dismissed the report as the figment of the imaginations of mischief makers, said that the crisis started about three weeks ago, when cattle had strayed into a farmland and ate crops.

‘’The farmer was so angry that he pounced on one of the young herders and wrestled him to the ground. The other boy then struck the farmer with a machete and inflicted a deep cut on him,’’ he said.

Alhaji Haruna further said that the herdsmen fled away while the farmer was taken to the hospital for treatment. ‘’The incident occurred at Ninte village of Godogodo district in Jema’a local government area,’’ he further said.

‘’When the story spread into town, youths mobilised and went to the house of Ardo Bali, the leader of the Fulani community in Ninte and accosted him. The Ardo said that he was just hearing the story but promised to fish out the boy who attacked the farmer,’’ he added.

According to Haruna, the youths started beating Ardo Bali until they killed him and burnt his corpse and his entire household which had 65 rooms. ‘’This occurred on June 26,’’ he said.

The chairman said that the family of the late Ardo has relocated to Nasarawa state. He did not only deny reports that the killings were perpetrated by Fulanis to seek for revenge, but advised journalists to be professional in their reportage.