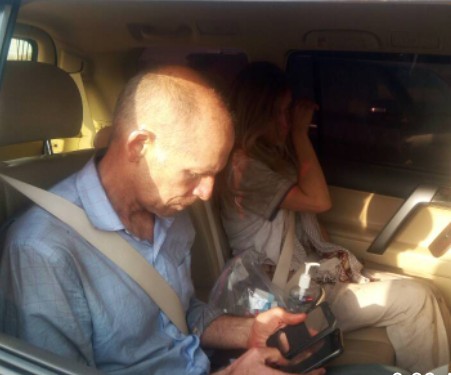 Two Americans and two Canadians expatriates kidnapped by gunmen in Kaduna four days ago have been released.

But at the time of this report, it was not clear the amount paid as ransom before they were released by their abductors.

Kaduna Police command had on Wednesday confirmed to Gobroadsheet that, kidnappers killed 2 police escorts before they abducted the four foreign expatriates in Kaduna, Northwest Nigeria on Tuesday evening.

The expatriates were said to be returning to Abuja from Kafanchan, Jema’a local government area of Kaduna state when the kidnappers laid ambush for them and engaged the the excorts in gun duel which led to the death of two policemen while the 4 foreigners were whisked to unknown destination.

The spot which is known to be hot bed of kidnapping was the same area that two German archeologist were abducted sometime in 2017.

Police Spokesman in the state, ASP Mukhtar Aliyu could not reached to confirm their release as he did not pick his calls.

We will keep you posted….