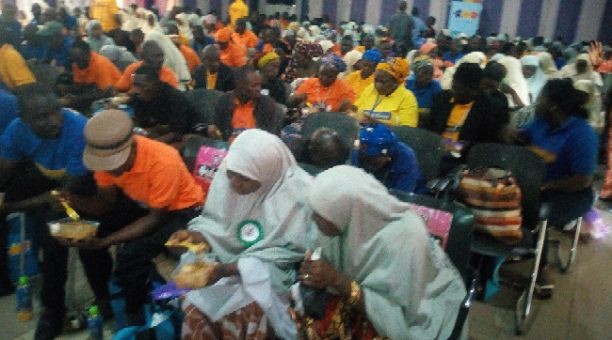 In recent times, there are multiple calls on the federal and state governments to improve healthcare service delivery for its citizens to reduce maternal and child deaths as well as to increase productivity.
Kaduna State government under Governor Nasir El-Rufai has been doing a lot in this regard as evident in improvement in healcare provision, personnel and facelift of primary healthcare centres across the state.

The state government is also transforming its medical supply-chain system to eliminate wastage, delay as well as code to track drugs supplied to end users.

Executive Secretary, Kaduna State Drug Supply and Management Agency, Ramatu Abdulkadir, at a roundtable discussion on child spacing in Kaduna said the step was to ensure a cost-effective supply and distribution system.

Kaduna State government spends an average of N144,000 in transporting drugs to general hospitals and another N300,000 to Primary Health Care Centres (PHC). But a pilot project involving a third party in the distribution has brought down the figure to N35 to General Hospitals and N300 to PHCs, Ramatu said.

According to her, the distribution of medical drugs and supplies which normally takes a period of 36 days to complete has been brought down to 3 days in the 56 facilities covered by the pilot project.

The executive secretary, who was honoured for her role in procurement of child spacing consumables promised to work relentlessly for the citizens of Kaduna State saying “they deserve the best.”

She then thanked Family Health Advocates in Nigeria Initiative (FHANI) for recognizing her saying, “our core mandate is to procure and distribute, which are parts of my job.”

He praised Kaduna State government for the allocation of N100 million in 2017 budget for procurement of consumables aimed at making child spacing services free to women, especially at the grassroots where women pay an average of N500 to access services.

Bala who is also a district head in the Zazzau emirate said, through the commitment of the advocacy group, budget line was secured from the 23 local government councils for family health activities.

He explained that FHANI recognised role played by the Executive Secretary in the procurement of the consumables, hence the need for the recognition.

“You have been our partner, friend, caring and supportive to FHANI to this day, hence the need for us to say thank you”, the Vice Chairman told the Executive Secretary.

Also speaking, Programme Officer of Pathfinder International, sponsors of the programme, Yusuf Nuhu gave kudos to FHANI which he described as the best in the 12 states where Pathfinder is operating.

He said Pathfinder would continue to assist the advocacy group to expand, emphasizing that FHANI has taken the bull by the horn by showing Commitment and transparency in its activities.