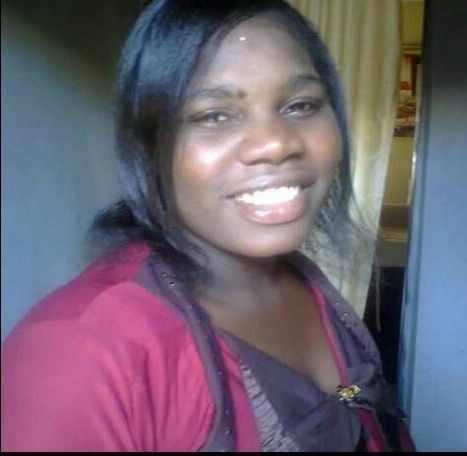 Still on unpleasant experience of pregnant women in Kaduna, another woman, Olubukola Ogunjimi also narrated her ordeal at general hospital, Kakuri, Kaduna South local government area of the state, where she was abandoned for hours which eventually led to the loss of her baby.

This particular secondary facility, Kakuri General Hosoital, is known to be very dirty and most of its doctors having outside engagements which make it difficult for them to attend to patients no matter how critical their case may be once it is time to go to their private clinics and hospitals.

This singular unabated attitude has over time, led to several deaths that ordinarily, would not have happened if the victims get required attention in good time especially at the facilities.

Her experience is shared here:

“We came in on Friday’s morning (10th November 2017) when I ran into child labour. We were told the public hospitals are better now which is why we came to this general hospital. But God knows better why this happened to us at this time after all this is not my first  childbirth experience.

“When we came around that Friday morning and were admitted, a nurse went and fetched a doctor for us from Out-Patient Department (OPD). After the doctor attended to me and saw that I may not be able to give birth on my own, he suggested I may have to go under knife which we consented. That was around 11 pm. He then told the nurse that he was going on temporary break may be he was tired.

“But through the night, I did not see him. He never come back. But when the day break, I went to meet a nurse and ask if my foetus was still moving. I pleaded with her and she got another doctor from OPD who eventually prepared me for theatre and I was operated upon around 1 pm on Saturday. I lost the baby within those hours I was left without a doctor.

“One thing I observed here was that, apart from general poor environment, the hospital is poorly staffed. You can imagine only a nurse was on duty through that night. The woman really tried. She alone took about eight deliveries before day break.

“Through that night, there was no light. The nurse was using torchlight to carry out her life-saving tasks. She must have get used to it. It was a big surprise because one would have thought as a general hospital, more staff will be on ground and alternative source of power would be on standby when there is no public power in the area.

“Another thing I noticed was that, in the morning, there would be nurses everywhere but in the afternoon, only few will be around and by evening, you hardly see them. How can we grow as a country when all we do is eye service. You will come to work in the morning because you are possibly afraid of management or may be the government officials may pay unscheduled visit to the hospital.

“While we were still there, there was a time they cleaned up everywhere and we were wondering what was happening. But we soon discovered that a commissioner was visiting, hence the eye service.

“In an ideal society, how can there be shortage of staff especially at night? Only one call doctor? As an expectant woman, even when you have your EDD (Expected Day of Delivery), you cannot ascertain whether it will be night or morning or afternoon. So, if truly these people were trained to save life and not to take it, why would they not be on duty at night the way they are in the morning since they run shifts?

“This is unfortunate. What will now be happening to those women at remote villages if this is happening to us here in the state capital? At this age, this is still happening! We have accepted this as our fate. But something should be done to address this kind of treatment. Thank God I’m alive. Many in my shoes may have gone together with their babies”, she yelled.

At the hospital, the medical director was not on seat to respond to some of the issues raised here while nurses interrogated declined comment because they are not authorised to speak to press on such issues.