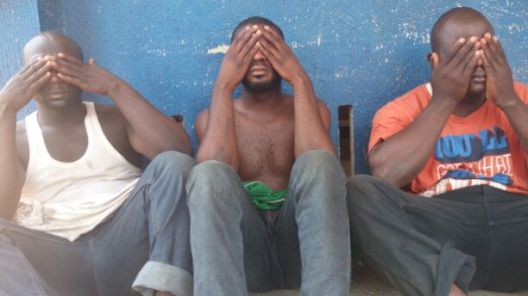 Group under the auspices of Movement for Genuine Democracy in Nigeria (MGDN), has described the insinuations that former President Goodluck Jonathan is among the sponsors of Niger Delta Avengers (NDA) as unfounded, absurd and amateurish.

The group, which stated this in a statement signed by Jonah Ishaku and Shuaibu Lawal, Chairman and Secretary respectively copy of which was made available to media in Kaduna over the weekend added that, it had reached a pitch recently with ‘Presidency sources’, “giving reasons for this wrong footed theory that bothers on the absurd at best and amateurish at worse.

The statement read, “who in his right mind would waste time before denying an obviously fabricated story? Does it make sense to use Dr. Jonathan’s denial as the desperate proof to nail him as sponsor of NDA?

“And how preposterous can these intelligent report be? Citing the fact that the former president used his influence to sue for peace as a smoking gun! This can only come from an unintelligent intelligence agency.

“What a pity that in less than an 18 months an administration that inherited a democracy has turned Nigeria into a police state.

“What a pity that a government that inherited the fourth fastest growing economy in the world has only bequeathed to us an economy in recession.

“Polio that had vanished is now back with us. Starvation is now the order of the day in the North which is meant to be the food basket of the nation.

“Pilgrims are getting concessionary dollar rates while legitimate businesses cannot access foreign exchange and our government is unable to pad our roads though they can pad their budget.

“Rather than fix these, they are grasping at straws in their desperation to find a scape goat for their non performance.

“They claimed that South-south Governors at a meeting in Aso Rock fingered Jonathan, yet the South-south governors have openly and directly denied the allegations and one of them pronounced a curse on the faceless people feeding this lazy journalists these tales by moonlight.

“We call on all peace loving Nigerians to hold this administration responsible should anything happen to Dr. Goodluck Jonathan who is fast emerging as the face of democracy in Africa”, it added.