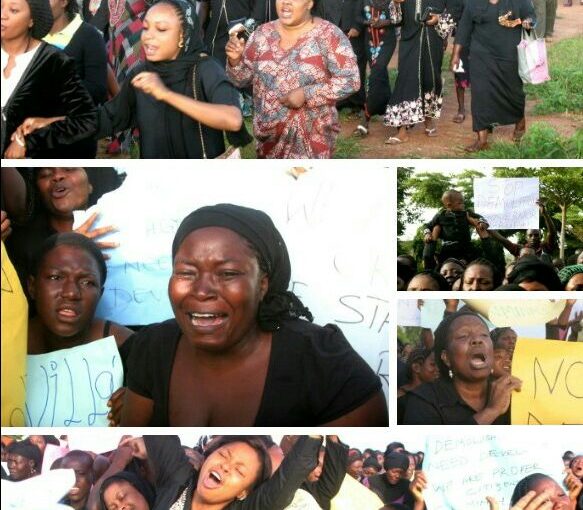 Senator representing Kaduna Central Senatorial district in Nigerian Senate, Shehu Sani said the encroachment quagmire between community of Gbagyi Villa and Kaduna Polytechnic is a federal government’s business and not that of Kaduna government.

Activist turned politician stated this while empathising with Gbagyi community said the state intervention could only necessary in terms of bringing solution and peace between the institution and host community not the other way round.

Read him, “from my understanding, this issue is between Kaduna polytechnic, a federal institution and the people of Gbagyi villa”.

“If the state government is meddling into a state land that has been encroached upon is a different issue. You cannot middle into where you don’t have jurisdiction. It is very wrong for anybody to do that”.

The lawmaker urged State Government to play a mediating role between the residents of Gbagyi Villa and the Management of Kaduna Polytechnic, a federal tertiary institution in order to douse the tension generated in the State by the threat of demolition of houses in the community.

While addressing members of the Gbagyi Villa community, Senator Sani said, “I am here today as your elected Senator to view and see things for myself and my office, the reality of the situation in Gbagyi villa and I am also here to add a moral voice and to make a political presence in the long and protracted controversies and conflict that has become between the Gbagyi villa, the Polytechnic and the State government.

“As your elected Senator, I have both moral and constitutional right and duty to be physically present and listen to you and have a personal feeling of the situation on ground.

“When you elect people into office, and you have concerns, worries, issues, we are morally bound to be present to listen to you. Your cries, worries, tears have been heard, not just by people in Kaduna State but people in the whole of this country and the world in general”,

He noted “Gbagyi villa is a long settlement that is as old as the history of Kaduna and Kaduna State. From my little knowledge of history, the present generation of Gbagyi villa are almost the third or fourth generation of people
who have lived in this land. It is right to call you indigenous people of Gbagyi villa. And as indigenous people, you have both the political and moral right to claim the rightful ownership of your land.