Flush out saboteurs in your govt, Ex-MILAD advices Buhari 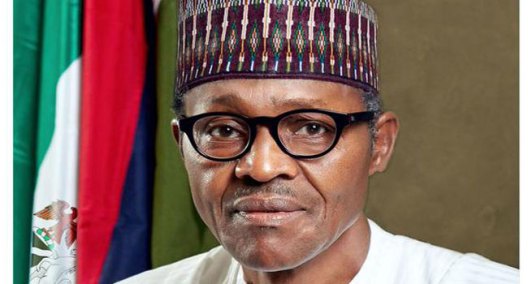 Former Military Administrator (MILAD) of Gombe State, Group Captain Joe Orji (Rtrd) has called on President Muhammadu Buhari to flush out any identified or perceived saboteurs in his government.

He said the advise has become necessary, stressing that the present has good intention to provide quality leadership for the country but the presence of saboteurs if there are in his government will be pulling him backwards.

It would be recalled that President Buhari had sometime alleged that there could be saboteurs in his government.

The Ex-MILAD gave the advise while fielding questions from select Journalists at his Kaduna resident during an interview where he equally bared his mind on other national issues.

‎According to him, “he who wears the shoes knows where it pintches. It is his cabinet. If Mr President tells us, Nigerians, that emphatically there are saboteurs in his government, we may not have to doubt him because he has carried out his own homework and seen a lot of things that made him conclude as such.

“You must have a way of continuously monitoring and screening them out. You must have a way of also trying to use your own instrumentalities to talk them back into their senses and make them realise that they are doing an onerous service to the nation, that it will be better to abandon those disastrous inclinations in terms of not serving the nation or serving the interest of Mr President or those who may be wanting to pull down the government as well as doing things that are inimical to the development and progress of the nation.

“In this case, you need to get people to work for you from behind quietly and while they are being monitored, if that persists, of course you have no alternative than to lay them off and bring other people that will be loyal to the system. That is my advice.”

On the current situation in the country‎, he said, “Nigerians should give him that benefit of doubt. And as long as human beings are involved, invariably it can be subjected to various political lineages. You should expect that he should be having this kind of phenomenon in his government – the presence of some saboteurs.

“Generally, you don’t expect everybody to flow with you in an administration. Some or many are underplay or severely impacted by a lot of forces. They are with you but there are a lot of forces bringing to bear on them. These forces don’t cease, they will continue to penetrate and impact on such element.

“Once in a while, it is a kind of pull and putsch procedure. Such forces, when they are gaining upper hands, you then find those elements that you have employed or appointed into your own administration playing to their own wishes, forgetting that they have a general objective under your own administration. This could be seen in their reactionary ways or in their job output, utterances and body languages. It is expected because it is a collection of human activities.”