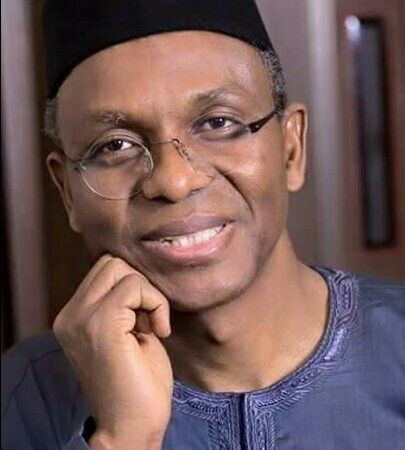 The clarification, which was contained in a statement he made available to media in Kaduna on Wednesday said it became necessary to clarify fiction peddled by one of the candidates, who made the accusation on live television.

“Edo State Governor Adams Oshiomhole has kindly rubbished the lie and made clear that Malam Nasir El-Rufai is nowhere near the state.
“This clarification is made only to affirm a material fact. But it is important to stress that the laws of this country do not prevent any citizen from being in any part of the country. While movement may be restricted on election days, that is not the same thing as construing the presence of any citizen in a state holding elections as illegal, unusual or irregular.

“A specious attempt, similar to that made by a candidate in Edo today, was made by chieftains of a political party during the last governorship election in Anambra State. During the Anambra elections, security agents tried to cast a Nigerian as alien simply for being in another state during an election, restricted Malam El-Rufai to his hotel room.

“Malam El-Rufai challenged this violation of his right in court. And a court ruled in his favour. Those who are seeking power should be careful not to be violating constitutional rights in that quest. And they should not say what they do not know to be true”, the statement added.