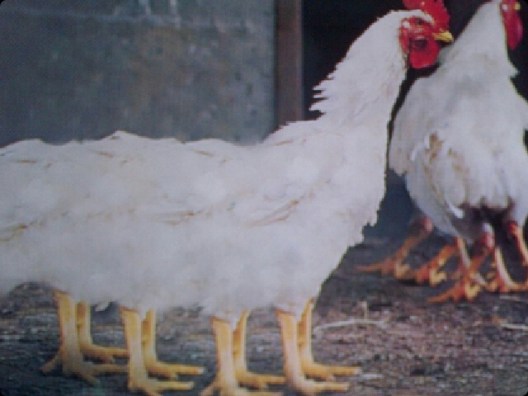 The project is said to be the biggest of its kind in Sub Sahara Africa when completed.

Olam International is a leading agri-business operating across the value chain in 70 countries and is investing US$150.0 million (approximately 30.0 billion Naira) to set up two state-of-the-art animal feed mills, poultry breeding farms and a hatchery to produce day-old-chicks in Kaduna.

Governor El-Rufai who performed the ground-breaking ceremony at Chikpiri Gabas village, said the project was not about the size of the facility but  jobs that would be created in building and running the poultry project.

El-Rufai said he believed that the return of vibrant economic activity, and the reduction of poverty will drive prosperity and reduce the divisions that became pronounced as the state’s economy entered dire straits from the late 1980s.

According to the Governor, “I am delighted to welcome you all to this ground-breaking operation for the largest agro-allied investment project in Kaduna State. We acknowledge the confidence that the Olam group is displaying in the soundness of our policies and in the prospects of Kaduna State by choosing to site this USD 150m poultry project here.

“When I led a delegation from the Kaduna State Government to Olam’s headquarters in Singapore for discussions with their senior management in September last year, we went with a clear message that Kaduna is open for business, and that the government views the promotion of investments as vital for the realisation of inclusive growth and shared prosperity. Olam was persuaded, and they have pleasantly surprised us by the sheer scale of the investment project they have embarked on”

“Thanks to Olam, Kaduna State will be host to the largest poultry farm with integrated feedmill in sub-Saharan Africa. The farmers that have an expanded market for their grains through the demand from the feed mill and other value-chain activities that are stimulated”

On his part, Minister of Agriculture and Rural Development, Chief Audu Ogbeh, who spoke through a director, Obinna George Opera said El-Rufai’s investment drive has started yielding fruits, stressing that President Muhammadu Buhari’s diversification of economy from oil to agriculture will remain the administration’s top priority.

Also speaking at the occasion, Olam’s CEO for Africa, Mr. Venkataramani Srivathsan said, the project is the largest investment by Olam in Nigeria’s domestic food and agricultural production sector after its recent investments in wheat milling assets and the ongoing development of its 10,000-hectare rice farm and mill in Nasarawa State.