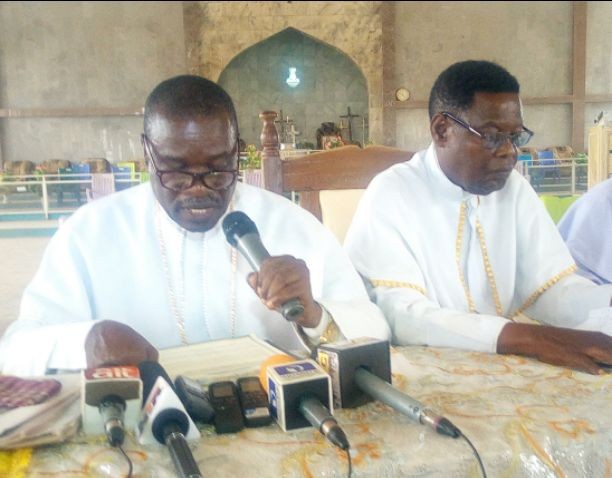 Authority of Celestial Church of Christ (CCC) on Tuesday debunked the claim that the 21-year-old Sylvester Friday who drowned while doing construction work at one of the parishes of the Church in Kaduna last week was used for ritual saying, it was an accident.

The people of Bayan Dutse, Narayi, Chikun Local Government Area of Kaduna state had on Wednesday, March 21 accused the Parishioner in the Area, Evangelist Steven Shittu of using the deceased for rituals which led to burning of the church and police outpost for taken the accused to protective custody.

Addressing the newsmen in Kaduna alongside other top leaders of the Church, Head, Province, Kaduna State, Evangelist (Dr.) Sam Atolagbe said, that was not the first time the church would engage the service of the deceased in its effort to prevent perennial erosion which has overtaken part of the church.

According to him, the incident occurred as act of accident and not spiritual as claimed by irate youths who set the church and SUV car belonging to a church member ablaze.

“On behalf of the entire members of CCC worldwide, we wish to express our deepest condolence to the family of Sylvester Friday over the tragic loss of their son.

“While commiserating with the family of the deceased, we wish to set the record straight following the media report alleging the Shepherd, Superior Evangelist Steven Babatunde Shittu for being responsible for the death of the boy.

“The Shepherd has served in the vineyard of the Lord for over 20 years being a role model and a spiritual leaders having raised faithful disciples for Jesus Christ and still serving.

“Over the past four years, part of the church land has been lost due to water erosion and efforts have been made to recover the eroded land which n normally involves the shepherd engaging some of the youths of the community to carry out mini construction work to barricade portion where the erosion is less severe.

“We reiterate that, what happened on that day was an accident and by no means ritual. The church separate itself wholly from any kind of diabolical activity based on the church’s doctrine and tenets”, he said.

It may be recalled that, while the 70-year-old Shepherd was laying complaint at the Police state, the boy’s body was recovered from the river and the church was set ablaze by the mob.

However, as at the time of filing this report, the Shepherd, Shittu, was still in protective custody of Criminal Investigation Department of Nigeria Police Force, Kaduna State Command.