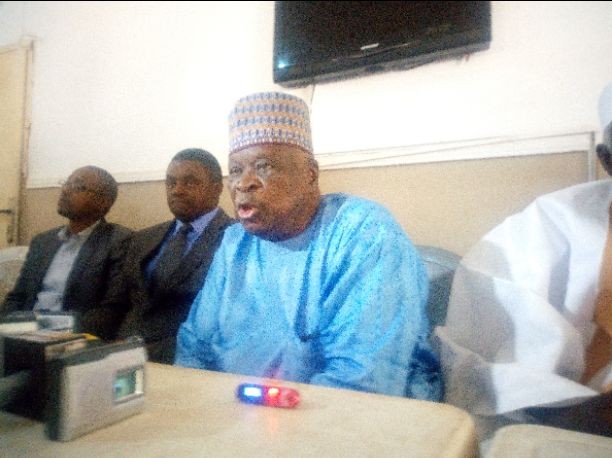 Congress of Northern Nigeria Christians (CNNC) on Monday called on President Muhammadu Buhari to halt the armed herdsmen killings ravaging the country in the interest justice, equity and fairness to all.

This is even as the non-governmental body said, the criticism against the ‘defend yourselves’ comment credited to former Minister of Defense and Elder stateman, Lieutenant-General Theophilus Y. Danjuma (rtd) was unnecessary because he was entitled to his opinion on any national issue.

Fielding questions from members of Nigerian Union of Journalists’ when the congress visited the secretariat in Kaduna, Chairman of CNNC and former Vice Chancellor, University of Benin and Nassarawa State University, Professor Adamu Bakie also raised dust over withheld of one of the recently released abducted girls in Dapchi, Yobe State because of her faith noting that, the act would only further divide the country across religion lines.

Reading the statement earlier, Media and Publicity Secretary of CNNC, Larry Yammai said, CNNC noted with great concern the abduction of yet another set of School girls even when several of those earlier abducted in Chibok, Borno State are yet to be found describing the whole saga as unfortunate.

According g to him, “while we rejoice that almost all the girls have been released, we are heavily saddened that our daughter, Miss Leah Sharibu was held because of her faith. The truth is very obvious that the destruction project of Boko Haram is very much targeted at Christians.

“CNNC strongly condemns this evil tendency and urges Mr. President to as a matter of urgency intervene for the immediate release of this young girl.

“CNNC demands with a strong voice that all the remaining Chibok girls and other victims be released without delay. It is ironical that the detained terrorists are being released in greater numbers in the name of de-radicalization while their captives are still being held.”

“It would appear as if a particular group of people are deliberately targeted for destruction. The consistency with which this occurs raises question in the minds of many objective observers.

“Cattle business is a personal one and so owners of those businesses should take the options of ranching, paying for the lands to be used just like people interested in farming buy lands to farm. CNNC abhors the thought of “cattle colonies” as being suggested in some quarters.

“CNNC commends and appreciates the recent visits of Mr. President to the affected States in which killings were prevalent. The visit is bound to have a salutary effect on the people who have been devastated by the wanton killings that was visited on them.

“However the Congress pleads with Mr. President to be practically humane on this matter by what he saw during the short visit and stop this inhuman activities.

“The sources of the deadly weapons should be checked with the aim of arresting those concerned. The security should confiscate all the weapons and the possessors arrested and persecuted”, Yammai added.