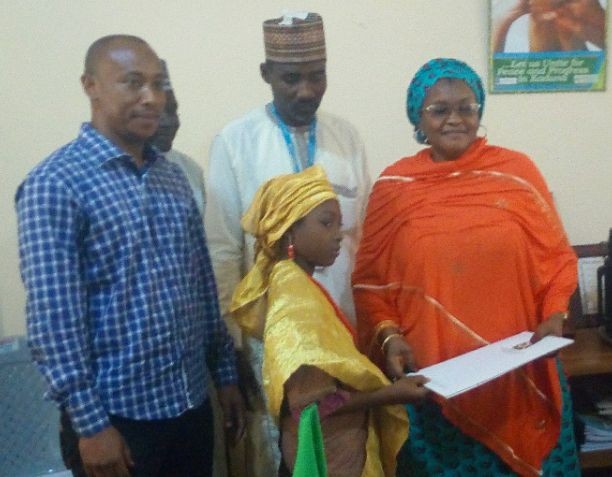 As part of the activities marking this year’s universal Children’s Day celebration, children on Monday took over the leadership of Kaduna State Ministry of Women Affairs and Social Development just for a day.

20th November is a date set apart for every child traced back to 1959 when the United Nations General Assembly adopted the declaration of the rights of the child.

Commissioner, Ministry, Women Affairs and Social Development, Hajia Hafsat Mohammed Baba said, it is high time the country began to prepare its children for leadership role as they grow so they can learn through the ladder.

According to her, the State government in collaboration with the United Nations Children Funds (UNICEF) have painstakingly created atmosphere for the children in the state to be celebrated and to know that, they are valued since they are the future of the State.

Hajia Hafsat described the day as very important because adults were once children quickly added that, the State government under the current administration is committed to issue of children as evident in various bills that have to do with women and children before the state assembly.

“We know that today is very important day not only to our children and UNICEF, but to the present administration in the state because we were all once children. We celebrate them everyday because they are important to us as our future of inestimable value.

“Just last week, we launched a campaign called end violence against children and we are committed to its full implementation.

“We are also pushing for speedy passage of the child protection law which is before the state assembly. If it eventually passed into law, it will help the state to address issues like trafficking, sexual abuse, harmful traditional practices such as early marriage among others.

“We are also collaborating with traditional leaders and other critical stakeholders across the 23 local government areas in the state on the issues that affect children”, the commissioner added.

The Child Commissioner, Blessing Ugah, had lamented the rising violence against children in the state and called on the government, corporate organisations, religion and traditional leaders, parents and other stakeholder to take proactive measures in tackling the abuses that take place at home, schools and even within the communities.

“The End Violence Against Children Survey shows that, much of these abuses takes place at home, in schools, at work and community. Other forms of violence against children such as corporal punishment and sexual abuses are considered socially acceptable in our culture and communities. But we must put and end to all that and we need superior law to counter that”, Blessing stressed.

Earlier, Officer in charge of Kaduna field office, UNICEF, Dr. Idris Baba, who appreciated the Kaduna state government for making the day to reflect the theme of this year’s, ‘Kids take over’ said, the programme was deliberately put together to grow children to be become what they really want when they become adults.

“UNICEF appreciate the state government for making this day a reality. We need to imbue in them that their future is bright and with them, that of Nigeria is brighter. I want to congratulate Kaduna State government for this initiative. The key thing is the selection of children that are here. None of them is a child of any top government functionaries and that shows how open the government is.

“Looking at the theme of the celebration for the year, this event is deliberately put together to grow these wonderful children to become what they really want to become when they become adults. We want them to know that, they are very important in every nation and we will continue to work hard with stakeholders to give our children the opportunity to become important persons in life so they can add value to the world peace”, added the Dr.