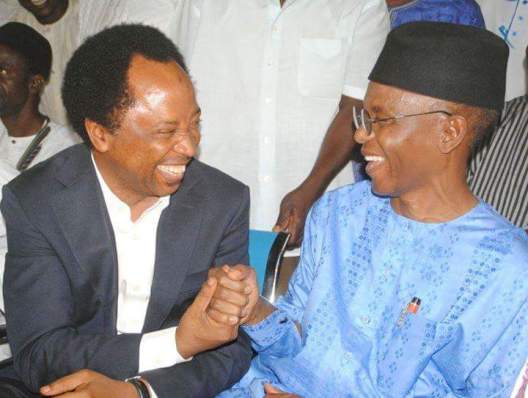 As the renewed polical war between the Kaduna State Governor, Nasir El-Rufai and Senator representing Kaduna Central in the upper chamber of National Assembly, Shehu Sani, continues, some hoodlums have launched fresh attack on the Constituency office of Kaduna North located at number 1 Junction road, by Stadium roundabout Kaduna, Kaduna North local government of the State.

According to report made available to Gobroadsheet by Senior Special Adviser (Political) to Senator Sani, Suleiman Ahmed on Saturday afternoon, the level of damages could not be ascertain as at press time.

The information gathered from those directly involved said the hoodlums must have been on the move to complete the plot which started in Kaduna State government house three days earlier, been championed by Political Adviser to the Governor, Uba Sani to send the lawmaker out of the party so he could contest for his seat come 2019.

They alleged that their mobile phones were ripped off them by the attackers.

Gobroadsheet further gathered that Police have taken over the building thereby preventing anyone to take photographs.
Recall that the family house of the Senator was also attacked by the same group on Friday before the Police came to dispatch them.

Details will be made availablebto the public as the war rages on.