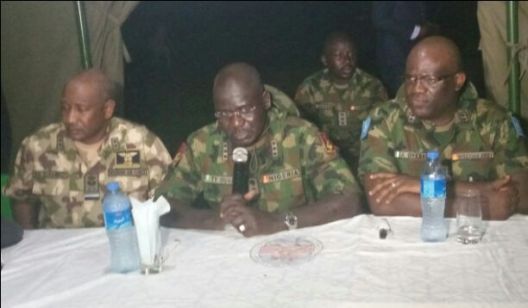 //Godwin Ekosin, Kaduna N/w Nigeria//
Coalition of legion of ex servicemen who are pensioners have announced suspension of the proposed rally slated for 14 and 15 January 2017 to draw the attention of the federal government to their plights.

The suspension, which was contained in a statement signed by Spokesperson for the coalition group, Comrade Abiodun Durowaiy-Herbert and made available to media in Kaduna on Friday said, the suspension came after wide consultations and security considerations.

The statement read in part, “after a wide consultation with the leadership of the coalition group and having thoroughly reviewed the security situations and the effects on our members who would participate in the peaceful rally.

“We hereby suspend our planned rally which was earlier slated to take place on the 14th and 15th of January, 2017. This is to allow for further dialogue with relevant government bodies.

“We therefore wish to thank all our members for their patience and understanding”, it added.

It would be recalled that about two weeks ago, precisely on the 30th of December, 2016, the coalition group has addressed a press conference of plans to come out on a peaceful rally on the 14th and 15th of January, 2017, to demand from government some pressing issues to be addressed.
Key amongst their demands are; restoration of the 20.37% deduction from the pension review of 2015, ulk payment of 33% arrears, pension review which is due since 2015 to be based on 53.37%, veterans affairs department to be managed by vets and consideration of civil war vets to be placed on pension payroll.

According to the coalition, this became necessary in view of the prevailing high cost of living that its members have been forced to contend with as a result of the fall in the value of the Naira.

Worse still, government is yet to conduct pension review which was due in 2015 and as a result, their members are worse hit due to high cost of things in today’s Nigeria.