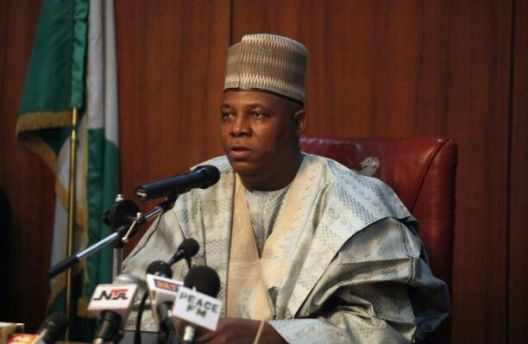 //Insurgency:  Shola Ojo, Kaduna//
Governor Kashim Shettima has said that the state has about 50,000 widows as a result of insurgency, noting that the population of Maiduguri alone is 3 million, while there are 18,600 orphans in Monguno, been areas massively ravaged by insurgency that lasted for years.

He said the number of orphans in the state through the activities of Boko Haram was more than the widows across the state. “These orphans and widows we either take care of them or they will take care of us 15 years down the line.”

Addressing the two-day Northern Summit that opened on Monday in Kaduna, Shettima reiterated state government’s commitment to rebuild the state following the Boko Haram insurgency, noting that Bama, Gwoza and Danmasaki towns will be rebuilt before the end of 2016, while all internally displaced persons will be returned to their homes latest May 29, 2017.

Governor Shettima, who lauded Alhaji Aliko Dangote for his support including N2 billion donation towards the rebuilding of the war ravaged communities, tasked Northern leaders to concentrate on education, agriculture and job creation as panacea to the underdevelopment of the Northern region.

According to the Chairman Northern States Governor Forum, the issue of resettling the IDPs is very crucial to the development of the North and Nigeria, as the thousands of orphans and widows in the various camps may become a challenge to the elites in the region and across the country if efforts are not made to cater for their needs now.

Governor Shettima commended President Muhammadu Buhari’s administration for rescuing the North east from annihilation, noting that the entire North east could have been completely wiped out from the surface of the earth by the activities of Boko Haram if not for the timely intervention of President Buhari who saved the situation.

“We are going to make efforts to rebuild Borno state, before the end of this year we want to rebuild, Bama, Gwoza and Danmasaki, we want to bring down all IDP camps latest by 29 May, 2017, so that all will return to their houses to continue with their normal way of life.

“The level of inter ethnic interaction will make it impossible to divide this nation into two, three or four. We should have the courage of remaining together using our level of tolerance and accommodation. The emergence of Jonathan administration is the biggest mistake that has happened to this country on the last 10 years. There were conscious and deliberate efforts during his tenure to divide this country along religious and ethnic lines.

“We have lots of challenges but we are united by heritage of poverty. The North has no business being poor because we have two-third of land mass of this country which is the most important resource. The population of Northern Nigeria doubles every 22 years, by 2020 Nigerian population is estimated to be 210 million, by 2030 it will rise to 270 million, by 2050 Nigeria will be the third most populous country in the world with estimated population of 450 million.

“Beneath the mayhem of Boko Haram lies poverty, once we create jobs, educate the youth the menace will evaporate. Most of our problems can be explained in economic and social terms, we have to attend to education, agriculture and job creation in the North to address the challenges.”