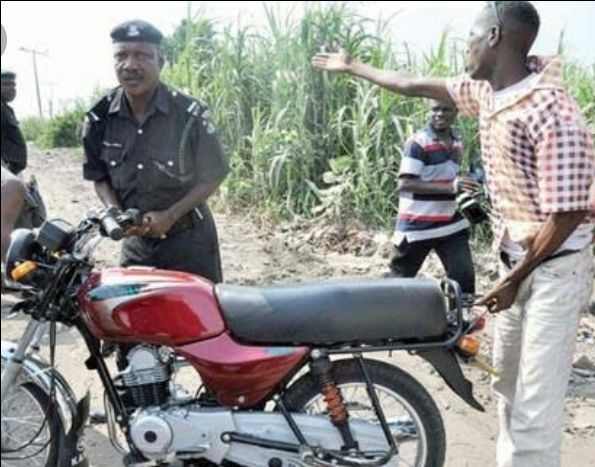 The Nigerian Army has announced the ban on the use of motorcycles in the north-western part of the country where it is currently holding exercise “HARBIN KUNAMA” to wipe out banditry, kidnapping and other criminals operating in the zone.

The army said it would not tolerate the use of motorcycles particularly around the forests where the armed bandits, criminals and kidnappers hibernate.

It also said that it would not tolerate the use of motorcycles around where troops are conducting operations alongside other security agencies.

It has therefore, called on the government of the affected states to as matter of urgency, enforce the order in their respective states in conjunction with the security agencies.

The army spokesman said the ban had become necessary as investigation revealed that armed bandits, kidnappers, criminals and their collaborators use motorcycles to perpetrate their acts.

Musa, in the statement said: “The Nigerian Army (NA) over time has observed the use of motorcycles by armed bandits, kidnappers, criminal elements and their collaborators as enablers to perpetrate their heinous crimes especially in the states within the North West geopolitical zone of the country.

“This informed the decision and directive to ban the use of motorcycles within the hinterland particularly around the forests where the armed bandits, criminals and kidnappers hibernate and all around where troops are conducting operations alongside other security agencies.

“While this may cause some inconveniences to some law-abiding citizens in the area, the need to use all means possible to stop the dastardly activities of these bandits across the North West part of Nigeria needs no emphasis.

“The public, particularly in the North West and some parts of North Central in Nigeria where HARBIN KUNAMA is ongoing, are enjoined to bear with the NA as concerted efforts are being made to combat the insecurity menace ongoing within the area.

“In this wise, it is hereby reiterated that the use of motorcycles remain banned within the forest areas in Kano, Katsina, Zamfara, Sokoto, Kaduna, Kebbi and Niger states. Anyone caught using motorcycles within the named areas will be taken for an armed bandit, criminal or kidnapper with dire consequences.

“The respective state governments are enjoined to please disseminate the ban on the use of motorcycles in the named areas and enforce the ban in conjunction with the security agencies.”