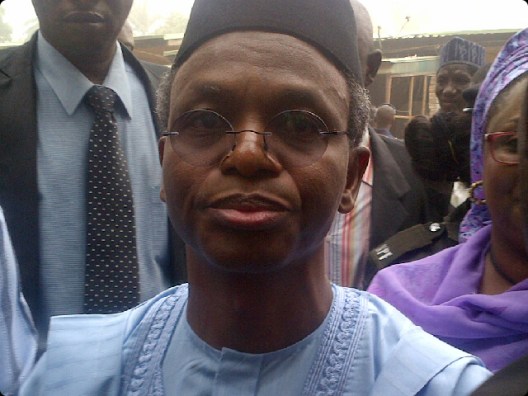 In order to give more credence to parties involved in 2015 bloody clash in Zaria, Kaduna State, Governor Nasir El-rufai has extended the period of submission of report ofJudicial Commission of Inquiry by four weeks.

According to a statement signed by Special Assistant to the Governor on Media and Publicity, Samuel Aruwan, the State Government has granted the extension as requested by chairman of the Commission, Justice Mohammed Lawal.

The statement said when the Commission of Inquiry was inaugurated, it was given six weeks from its first sitting to submit its final report with the first public sitting holding on 22nd February 2016, the final report of the Commission was expected by 4th April 2016.

“However, proceedings of the commission have been repeatedly adjourned since its first public sitting. The adjournments were granted to enable the Islamic Movement in Nigeria (IMN) to submit a memorandum.

“Four subsequent sittings of the Commission on 24th  February, 29th  February, 7th  March and 14th  March 2016 also ended in adjournments as the Commission of Inquiry sought to provide a level playing ground and opportunity for fair fairing to all parties involved in the subject of the inquiry.

“These adjournments have taken up the time allotted to the Inquiry, and as such more time is required to conduct the business of the inquiry and submit a final report.

“Following a formal request by Justice Muhammed Lawal Garba, chairman of the Judicial Commission of Inquiry, the government of Kaduna State has given the Commission four more weeks to complete the inquiry.”