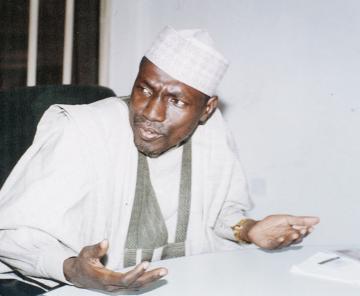 Following the Court of Appeal ruling in faviur of Senator Alimodu Sheriff on Friday, Caretaker Committee Chairman of People’s Democratic Party (PDP), Senator Ahmed Muhammad Makarfi has said the ruling was temporary setback and will do all within the laws not to allow opposition to be killed in the interest of democracy and country.

To that effect he said, emergency meeting of party’s critical stakeholders have been schedule for Monday to decide next line of action.

In a chart with selected newsmen at  his Kaduna residence specifically on the develooment, the PDP chieftain is ootimistic that, his party would overcome the challenge politically and legally and would come out stronger‎ and bigger.

According to former Kaduna State governor, ”we have utmost respect for the judiciary. So we are not going to take the laws into our hands. We might not agree with the judgement but there is a process and procedure if you did not agree with something.

“As an individual, I cannot decide for the party until the party stakeholders meet and take a definite decision.

“The party will meet on Monday to take a decision of the Court of Appeal Judgement. Every person concerned had been notified. The governors, members of the National Assembly, members of the Board of trustees and Party officials.

He then called on party members to remain calm, urging them to remember that PDP is in opposition saying, they have to accept the temporary set back and see how the party can overcome.

“We will not allow opposition to be killed. We must strive to ensure that we survive for the sake of democracy and the country.

Asked if on Monday, the Ali Modu sheriff faction might occupied the party secretariat based on the judgement, he said he is not in position to tell the world what Sheriff will do.

“When a court ruled in our favour sometimes ago, we were not allowed to occupy the secretariat. So, we are going to see what happens this time around” he emphasised.