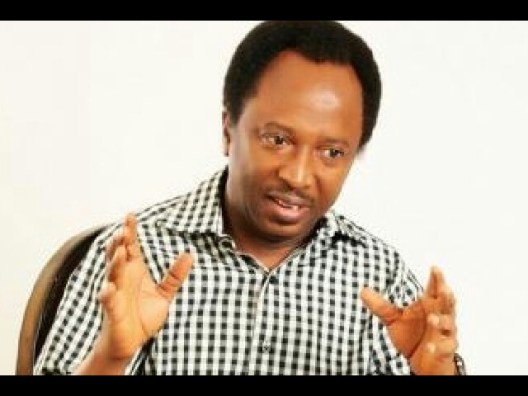 Kaduna State All Progressives Congress (APC) Thursday threatened to sanction Senator Shehu Sani’s over kicking against  the new pump price of petrol and other policies of the ruling party party.

The party queried , ” How can a politician with any sense of discipline or commitment to the public interest fail to see that the fuel subsidy regime is bankrupt and is no longer in the interest of the people? How can a Senator who passed a 2016 Budget that has no provision for subsidy turn around to attack President Buhari for implementing the decision?”

But in swift reaction, Sen Sani told journalists that the threat holds no water. He said interest of the masses is always greater than his personal interest and will always be on the part of the masses.

The Lawmaker, who spoke through his Special Adviser, Political, Suleiman Ahmed, also described the threat as handiwork of political idles who were not in the first place qualified to be referred to as party representatives in the State.

He added that Sen Sani, has been an activist all his life, hence the need for his critics to know where he is coming from, “Sen Sani is someone that had dropped his personal interests and go with those of the masses on several occasions. One will wonder why this is coming up now. This are the same people who claimed that they have suspended him for 11 months which has not elapsed. Once somebody gave them money to share, they will come with unimaginable decision.”

Speaking at Press Conference today ,  the acting Publicity Secretary of APC, Kaduna State , Salisu Tanko Wusono said , “While President Buhari is taking difficult decisions and boldly confronting the obstacles standing in the way of Nigeria’s progress , it is disappointing that some people see this only as another opportunity to exhibit their lack of patriotism and party spirit.

He however said, ” The Kaduna State APC is dismayed and disappointed by the continued irresponsible conduct of Shehu Sani. In speech and conduct , he has shown himself incapable of loyalty to our party, the APC and our great leader , President Muhammadu Buhari .”

According to Wusono , having ridden on the back of the party and the popularity of Buhari to get to the senate , Shehu Sani has since abandoned any pretension to discipline or loyalty to any principle.

He further stated  , “He pretends to be with the people , but his masters are the corrupt people on whose behalf he has been attacking our president .

“Shehu Sani’s attacks against President Buhari began last year. Before he was sworn in as a Senator, Shehu Sani had formed an alliance with a group of corrupt, disloyal, and greedy men who defied our party, went against the wishes of the party and foisted a strange leadership on the Senate.

“The gang that Shehu Sani joined had no problem making a PDP man Deputy President of the Senate, all in their selfish and ungodly calculations for 2019. Shehu Sani followed up by attacking the president for fighting corruption. This gang of dubious politicians think that they can set the people against our president. But the people are resolutely with President Buhari.”

He said it was against such acts that ,” The APC Kaduna decided to teach Shehu Sani a lesson in party discipline in the hope that he will be reformed.

”  He was placed on suspension, but rather than learn lessons, show remorse and work towards becoming a responsible senator, he has chosen to continue to show disloyalty to the APC and President Buhari. Given his disregard for the party, the APC Kaduna State has no option but to take further disciplinary measures that may lead to his expulsion.

“Shehu Sani is a PDP man masquerading as an APC senator. Since he does not have the courage to openly decamp, we will kick him out. We cannot allow people like him to destroy our party on the altar of their personal ambitions. ”

He also said the Kaduna State APC warns Shehu Sani and his collaborators in the National Assembly that their treachery against our party has run its course. The traitors will be shown the way out of the party. The APC has been charged to change Nigeria. We will not allow undisciplined charlatans to derail us.

” National Interest and the long welfare of our people , eludes these people,who are motivated only by their own narrow ambition .They want to deceive people into thinking that progress can come without sacrifice  .”

While stating that APC firmly supports the tireless efforts that President  Muhammadu Buhari is making to rescue  the country from the morass that the Jonathan PDP government is left behind and applauding the courageous action the federal government to fight corruption and retrieve the public funds that were looted by the previous regime .

He also said the APC in Kaduna fully supports the decisive policy decision to eliminate the subsidy racket that has milked the people , stolen money from the Treasury and subjected Nigerians to untold hardships.

He therefore commended the disciplined and mature approach with which the people of Kaduna State and other Nigerians are supporting President Buhari’s effort to cleanse the oil sector .Adding , ” We ask for their prayers and support for the president as he works to remake Nigeria.