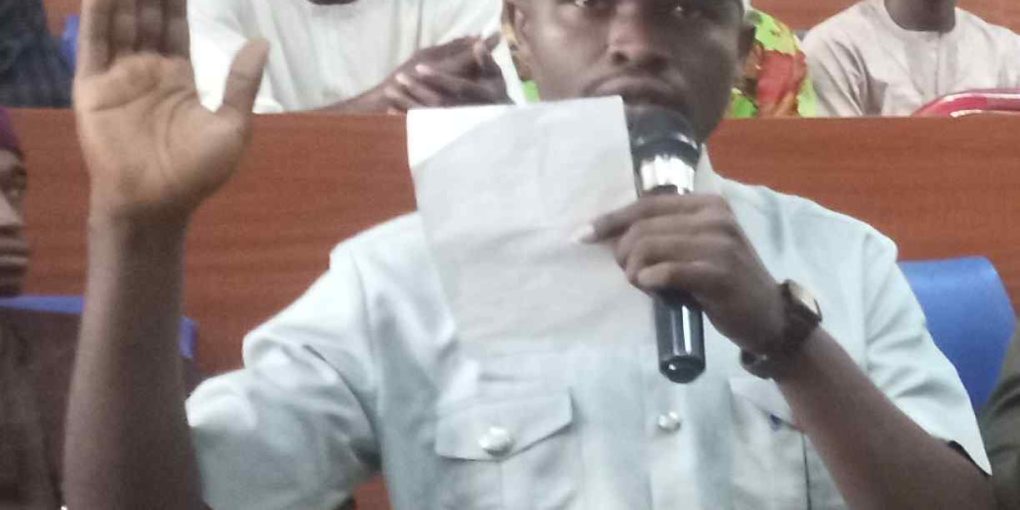 The newly inaugurated President of the National Association of Polytechnic Students (NAPS), Comrade Anidi Samuel said on Thursday that the association would only support candidates who have track records in supporting and delivery of educational projects in their previous public offices both at the state and the federal levels in the 2023 general elections.

Anidi, a Banking and Finance student of Delta State Polytechnic, Otefe-Oghara, took over the mantle of NAPS leadership from Adekanbi Sunday, a Chemical Engineering Student of the Kaduna Polytechnic.

In an interview, Anidi told Daily Sun that his leadership will work on the issue of drug use and drug abuse among his fellow students to complement the efforts of the authorities saddled with that responsibility.

According to him, “what NAPS will do under my leadership is to look at the credibility of those that we will be voting into public offices both at the state and the federal levels come 2023. Those with a track record of supporting and delivering efficient projects in our communities will be our focus by the grace of God.

“As a non-partisan association, we will look at those that have impacted well in the education sector without minding their political platforms. Our politics this time is going to be strictly on the antecedent of people who have led before and have delivered adequately for our constituency which is the student constituency.

“On the issue of drugs, I will advise my people to abstain from drug use or drug abuse because abstinence is just the best for them. There is no point trying at all as it does not end well. We should emulate good people.

“We will keep educating ourselves and we are hopeful, that this will also contribute to the efforts of those that are saddled with the responsibility of addressing the issues of drug use and drug abuse especially as it affects youths”, he said.

Rector, Dr. Suleiman Umar, represented. Y Director, Directorate of Polytechnic Advancement, Dr . Aliyu Ibrahim, however, cautioned the students against peer pressure and social status that can lead them into drugs because Kaduna Polytechnic has zero tolerance for drugs.

“Let me reiterate to you all that Kaduna Polytechnic has zero tolerance for drugs. We have measures in place as we work with security agencies to make sure vices are checked in and around the Polytechnic.

“We will now take it upon ourselves to check why some students are dropping in grades. If your friend is into drugs and you don’t want to confront him, go to the student affairs and report to the Director. So as leaders Live by a good example, embrace dialogue when there is any grievance so together we can build Nigeria of our dream”, he advised.

“As student leaders, you must let your colleagues know that drugs destroy lives. They must not experiment with it at all because it will lead them into muddy water which will be difficult to come out from”.