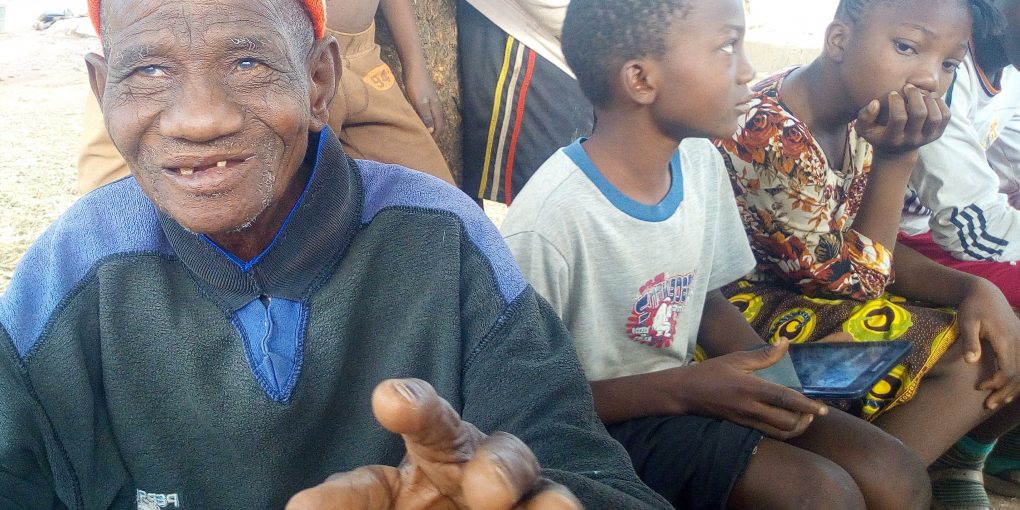 At about the time Kaduna city, now the capital of Kaduna State, Northwest Nigeria was created 100 years ago, a community known as Keffin-Gwari Wutere was also created with the hope of growing together with Kaduna city – by way of tapping from the city’s basic amenities especially, health facility the dream yet to be actualised 100 years after, the Mai Ungwa, Danjuma Ali told a team of Imerson journalists who visited the community recently.

Located along Kaduna-Zaria road and about 10 kilometers away from the city centre, Keffin Gwari Wutere serves as centre for other communities which include Keffin-ganyi, Korakora, Kabobo, Rahama, Tami and Sauran-giwa all agrarian communities living in their own world where the fate of pregnant women and infants are unknown because living here depends on survival of the fittest.

Communities like Wutere undoubtedly are contributing to 814 of every 100,000 women that are dying around childbirth as we will see in the testimonies of locals from this seemingly abandoned community despite its closeness to Kaduna, the State capital.

What this means is that, each pregnancy in this area comes with mixed feelings. This is because, there is no single primary healthcare facility, no clinic, no even patent medicine store or skilled traditional birth attendant. Child labour processes begin and end here with trial and error by old women.

This denial has led to death of several newborn, other children exposed to diseases while mothers suffer vesico vaginal fistula (VVF), a medical condition that make women leaking urine uncontrollably mostly due to prolonged child labour.

Narrating the ordeal of his subjects, Mai Ungwan, Danjuma Ali, decried poor presence of government in the area over decades despite several attempts to get help.

To this 55-year-old husband of one and five, all efforts to attract government intervention to his community has remain a mirage, worrying if they are part of Kaduna State.

According to him, “we have been here for about 100 years. I am 55 now and I was born here. We are mainly peasant farmers because we don’t have tractors close to us even if it means for rent. If you raise your head, you will be seeing Kaduna-Zaria highway which means we are not far from Kaduna itself. Base on this closeness, one would have expected that by now, about 100 years after, to see a number of things on ground that will show the presence of government.

“The distance and transportation challenge is making it difficult for many women to attend antenatal care during pregnancy. So, any woman that runs into child labour at night is at risk of losing her baby or herself if there is complication.

“Here, men and women, old and young are doing our own thing. It is a Gbagyi dominated community, living happily with one another without any problem apart from that of neglect. Like I said, this community has been in existence for 100 years.

“Women in the village find it extremely challenging visiting hospital for antenatal care or childbirths. We rely solely on women who have gave birth before to help take deliveries. They are not trained but that is the only alternative especially if it is happening at night.

“As we speak, ‎we have identified 20 of our women suffering from VVF, a poor condition we were told was caused by prolong labour. If there had been a clinic no matter how small and we have trained health workers there, many of the women would have been referred to other facilities in town early enough”, the traditional leader yelled.

Sharing their personal experiences, women in the community also revealed what they are passing through in the process of giving lives. They claimed to have record of incessant miscarriages due to lack of health facilities within reach and stress of trekking kilometres to a point they can get commercial tricycle or city shuttle bus that can take them to general hospital, Kawo.

Esther Marcus, a mother of one said, health care in the community is not easy to come by at all quickly added that, it remain a luxury to reproductive age women. She added that, the women in the area are aware of the need to space their children which is their only saving grace.

“We do not have access to health facilities here but we have to go to Kawo for antenatal and delivery. We are lucky that we know how to space pregnancy otherwise, we would have been recording death of mothers instead of newborn and miscarriages.

“The community lacks everything around health care; no hospital, we don’t even have traditional birth attendants. We are at the mercy of old women with experienced especially if the delivery is taking place at home day or night. We do not have where to take drugs not even a patent stores.

“We are lucky we have not recorded lost of any woman during childbirth recently. But we have number of newborn that died during delivery due to determinants mentioned earlier. You can imagine how it will look like when a pregnant woman who is already in child labour will have to trek about 4 kilometers to Rigachikun or sitting on motorcycle with pains and all that. Don’t you think such a woman would rather take the risk and stay back at home and out her trust in God? She asked.

35-year-old Jummai Joseph, a survivor of VVF took her time to confidently  shared her childbirth experience that led her to that medical condition.

“Contrary to what we use to hear that most women suffering from VVF are those that got married early or those who don’t space pregnancy. But,  I got married at the age of 20. I have been to labour room five times. Each of the pregnancy has space of two and a half years or three years.

“However, I experienced prolonged labour and developed complications during my fifth delivery. I was rushed to a public hospital in Kawo, Kaduna North local government area for medical attention where I gave birth to still born through operation.

“Then after, I came back home. Meanwhile it was never occurred to me that the prolonged labour had led to VVF until after some days when the urine is coming out on its own. I was taken back to the facility in Kawo where it was confirmed that I had developed VVF. From there, I was taken to a VVF centre at Hajia Gambo Sawaba hospital in Zaria for repairs.

“Since I became victim of VVF, my life has not been the same. I gave birth to four children without complications not until the fifth one which led to this and I still lost the baby during delivery and spend a lot of money for the repair”, she said.

However, many people have hinged the age-long neglect, infrastructural decay and gnashing of teeth of abandoned communities like Keffin Gwari Wutere on high corruption in the country which has denied several people their rights of livelihood over time. How do this community salvage the situation? Only time will tell.