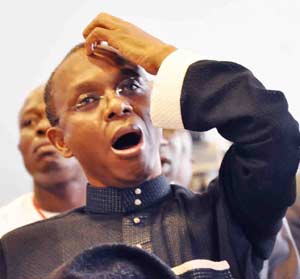 Less than two weeks after alleged Fulani herdsmen invasion that left 12 persons dead in three villages of Godogodo Chiefdom, Jema’a Local Government area of kaduna State, Police in the State had confirmed killing of another six persons in another village within the same chiefdom.

Police Public Relations Officer, ASP Aliyu Usman told Gobroadsheet that killings took place at a distant spot from where its men are currently patrolling following the previous attacks in the community.

“Yes we confirmed six dead. If you are in the area you will observe that our men are there doing what they have been asked to do. It is unfortunate that this happen outside the earlier three villages that were attacked. I want to appeal to people in the area to avoid isolated areas. We are doing all we can to protect the people in the State. But people too should help us by cooperate with us”, said the PPRO.

The killings, which took place between Saturday and Sunday night by suspected armed Fulanis at Golkofa village in Godogodo chiefdom, was also confirmed by Caretaker Committee Chairman of the LG, Dr. Bege Katuka, who said that bodies of the victims were recovered in the bush which is about two kilometers away from the village.

The caretaker chairman added that a report was made to the security operatives Saturday night when the villagers discovered that six persons were missing in the village and upon search, their bodies were found in the bush Sunday evening.

The bodies of the dead persons according to Council boss, have since been deposited at the morgue in General hospital, Kafanchan while security have been beefed in the area.
Show quoted text