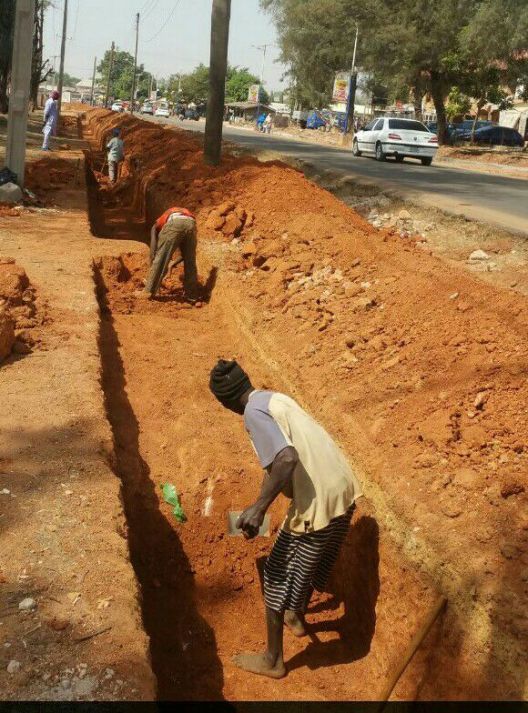 Again, Kaduna State Governor, Nasir El-Rufai has explained the reason for the sudden stoppage on the ongoing drainage oroject in the state.

He said the project was halted because the manager in charge indiscriminately awarded the contracts to the tune of N3.6 billion far beyond the N500 million budgeted by the state government.
Speaking through his Commissioner for works, Housing and Transport, Engr. Hassan Mahmud Usman during an interactive session with media as part of activities marking two years in office, El-Rufai said the drainages project was meant to create jobs and wealth for the people and facilitate the pocket of flow of water.

“We had a budget of N500m for the projects but the officers didn’t handle it well and there was no monitoring mechanism for the drainages. The contracts were being awarded anyhow to the tune of N1.9 billion, when we only budgeted N500 million in the 2016 budget.

“When we decided to take a closer look at it we realized that the project has risen to N3.6 billion and included federal roads, backyards of politicians and roads that have no economic value to the state government and people of the state.

“We have budgeted for everything we are doing and we can only spend what we budgeted for on what it was budgeted for. To look for extra money will mean we have to take money budgeted for something else which will not work.

“As part of measures to dissuade such a practice, we have sacked the person that awarded the contracts and we have ordered that the work be stopped. Following the liquidity situation in Kaduna, we have 68 road projects awarded that we need to finish, we want to see which of the drainages to complete.

“But with the advent of the rainy season we are taking emergency measures to ensure that no house or shop is flooded from the drainages that were dug. Last week, we were in Malali where there was a case of water entering people’s houses and shops we worked on it and repaired it the work was also done haphazardly. We are ready to carry out emergency work to ensure that nobody’s house is flooded”, the commissioner added.