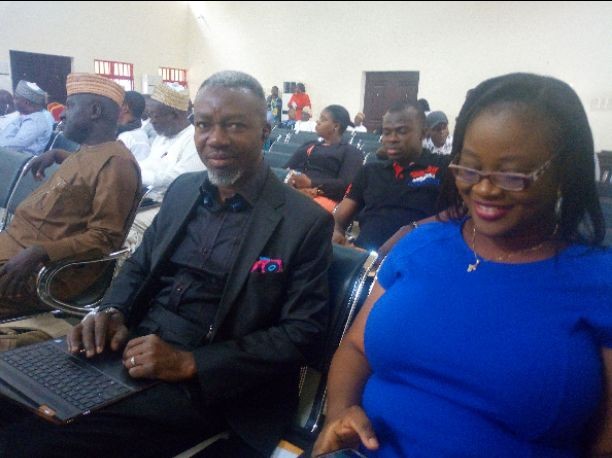 Participants at 1-day 2017 Media Africa conference held in Kaduna on Tuesday have unanimously harped on genuine health insurance scheme to address the issue of maternal, newborn and child deaths in Nigeria currently pegged at 814 per 100,000 livebirths.

The forum suggested health insurance scheme by all states in the federation for formal and informal sectors, to put funds together and reduce high out-of-pocket expenditures by households which is up to 75 percent.

Their suggestion was coming based on the low reduction in pregnancy related deaths despite varying interventions between 1990-2015 (25years) where only 39.9 percent reduction recorded in Nigeria while country like Afghanistan despite its security situation has been able to attained 69 percent reduction within the years under review.

In his lead paper titled ‘MNCH in Nigeria: progress, opportunities and challenges’, Chairman, Health Reform Organization of Nigeria, Mallam Lawal Abubakar noted that, many pregnant women, newborn and child in low income areas are dying because they could not afford medical bills when they visit limited available health facilities.

The health expert said, with contributory insurance system, a lot of women in low economy settings would be able to access health services which will in turn reduce the trend of 814 deaths per 100,000 livebirths (1990-2015) especially in Northern Nigeria.

According to him, ”with low coverage of high impact MNCH interventions, it appears that Nigeria is not positioned to improve on her maternal deaths figure”.

He however optimistic that, with major reforms in health insurance, government expenditure on health and tackling social health determinants, Nigeria can be repositioned to improve it’s MNCH performance and curb its maternal deaths.

Earlier, Coordinator of Africa Media Development Foundation (AMDF), a non-governmental organization that organised the conference, Mrs Sekyen Dadik said, her organization believed the media need to be engaged the more as advocate of development issues adding that, this will reduce fatigue on the part of government, partners, CSOs, and yield good results.

“MediaAfrica 2017 is x-raying MNCH in Nigeria: Progress, Opportunities and Challenges: Role of the Media in Curbing Maternal Deaths. It is aimed at awakening the consciousness of media practitioners to deeply understand their role in reducing maternal death rate, especially in northern Nigeria, as well as help partners and government on media engagement strategies for effective result.

“Maternal Mortality still remains high in Nigeria – the north contributing the greatest share – the NDHS 2013 pegs the national figure at 576 deaths per 100,000 live births. But Trends in Maternal Mortality: 1990 to 2015 as conducted by WHO, UNICEF, UNFPA, World Bank Group, and the United Nations Population Division suggests a figure as high as 814 deaths per 100,000 live births.

“This is alarming, and calls for all hands to be on deck to overcome the challenge. Nigeria, especially northern states must change their approach. One potent tool to carry the campaign further is the media – it has proven to be successful in many campaigns through policy advocacy and social mobilization.

“In the immediate environment, we know it has worked in polio and it is working in family planning/child spacing campaign.

It’s our desire that this conference will go beyond rhetoric to birth action plans that will be duly followed and will be evident in an improved maternal health and significant reduction in maternal and child mortality”, she explained.