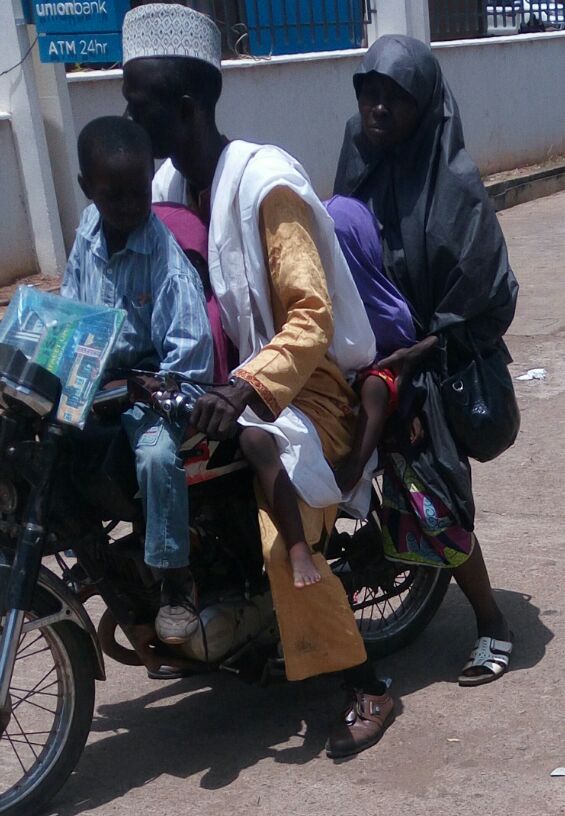 Based on population projection, Kaduna State has well over 400,000 women who are between the ages of 15 to 49. This population looks great for the State if only their knowledge on effective Family Planning (FP) is supported by the state government.

Family Planning is simply a process that allows individuals and couples to decide their intended number of children, spacing and timing of their births through the use of contraceptive methods (modern) and the treatment of involuntary infertility. Some organizations prefer to preach adequate child spacing for the wellbeing of mothers and their babies as well as for the purpose of equal distribution of available resources at the disposal of such couple or individual.

Today, awareness on use of contraceptives such as pill, injectable, implant, male condom, female condom, exclusive breastfeeding, tubal ligation, withdrawer and vesectomy is very high though many still don’t want to use any of the methods due to religion and personal reasons. In Kaduna, findings have shown that some of reasons people are not interested in using contraceptives include desire to have large family, afraid of possible side effect, poor couple communication among others.

Now, vast majority of this figure are at risk of pregnancy related complications that can lead to maternal and child morbidity due to several open secrete reasons which are quite avoidable. For instance, 2013 Nigeria Demographic and Health Survey (NDHS) (next review 2018) revealed that 32% of women in Kaduna delivered at hospitals which means more others delivered at home in the custody of unqualified midwives.

One of identified reasons responsible for this is that the service remains too expensive for some family due to their income level or distance to access health facility coincided with bad roads and non availability of emergency transport programme at grassroots where most of the deaths are recorded. For how long will Nigerian women continue to lose their lives while bringing forth lives?

It is but too true that the health of women is a serious health concern globally which Kaduna State government shares, but the denial is still very high across the country. Between April-May 2016, report released by Nigerian Urban Reproductive Health Initiative (NURHI), one of FP development partners in the country, revealed that women are still dying as a result of pregnancy related issues as 50 died in general hospitals in the state. If this happened in general hospitals, what would have happened elsewhere where there may be no single Primary Health Centre (PHC)

But the authority are saying the report of April-May showed that only one death is recorded in most of government owned facilities which is encouraging.

There is sharp relationship between Contraceptive Prevalence Rate (CPR) and maternal mortality. The higher the CPR, the lower the maternal mortality because with CPR, the women are stronger, they are healthier and can give birth to sound and healthy babies. In fact, knowledge has showed that CPR reduces maternal mortality by 30%. This means FP is the number one pillar of prevention of mortality rate which every serious government must take very seriously to stop the tragedy and save cost.

However, all hope is not lost as Kaduna State government under the leadership of Governor Nasir El-Rufai in collaboration with other stakeholders in health sector are now taking the health of their people, especially women and children below five years very seriously.

Speaking to Daily Sun in his office, Kaduna State Commissioner for Health, Doctor Paul Dogo, agreed that the death of every woman during the process of childbirth is a tragedy that has caught the attention of current government, saying the future of pregnant women in the State is brighter than ever before base on the level of awareness on FP and readiness of the state government to support the programme by making consumables free since commodities are been supplied by development partners in order to make it absolute free.

This the commissioner said in addition to establishment of at least one PHC in each of the 255 political wards in the State as well as adequate FP training for caregivers. If there is political will to do that, the service will be available to women at grassroots thereby saving more women and children at lower cost.

He clarified that the intervention of state government in FP is child pacing not to reduce population as many thought.

“We now have improved health system in the state. Our women in the state now give birth to healthy babies that can withstand any infection they may have contacted. So our intervention on child spacing is not about reducing the population, but to procreate in such a spacing that will allow the mother to be well as well as ensuring that the baby to be born is healthy.

“In 2008, NDHS showed that our CPR was 8.4%. in 2013, we leaped to 18.5, that is for modern methods of contraception. If you take all methods of contraception, it is actually 20.1%. The international community donors took note of this great improvement in Kaduna state and became very interested. We had supports from our partners like NURHI, KNOW and others that have been helping us to get to this point. We have been engaging religion bodies, traditional leaders and that is yielding results because more people now accessing child spacing methods in the state.

“Don’t forget that the target for the country is to have the contraceptive prevalence rate of 36% by 2018. We are hoping that Kaduna will contribute major part of this percentage. In January, after the international conference on FP, the state had a stakeholders meeting to see how we can get to this 36% by 2018. And we articulated a number of things we need to do. We examine what we have been doing and what we need to do better in order to hit this target.

“We have currently requested for a budget line for child spacing services so we make provision for it in every budget. That is the commitment the state government has made and I believe that Kaduna will continue to lead in respect to CPR especially in the North. We are above the national average which is 11.8% for new methods and we are in 18.5%.

“We also have not stopped supplying drugs and medical consumables that will support our women who have come to deliver at our hospital. Kaduna State Drug Management Agency is processing contract currently on procurement of drugs and make it available at our facilities. This is apart from supports we get from partners that give us supplies that we deploy to all these facilities in order to support free maternity health care programme.

“There are many more things in respect to curtailing maternal and under-five mortality. We have established what we call maternal death review committee in all our hospitals. They are stakeholders from the communities, civil society organizations and development partners. Previously, all these things are not done. Health workers now keep track of how women are dying which is enough motivation to understand that the death of every woman is a tragedy.
The report of April and May revealed that most of government owned facilities recorded just one death which is encouraging,” added the commissioner”, explained the commissioner.

It is important to add that every N200 spend on FP will save the state up to N346 near term healthcare cost. Failure to invest that N200 Now may cost the same government up to 200,000 on a woman who had childbirth complexity.

The Commissioner continue when he say, “there is general downward record in maternal death in the nation. In 2008, maternal mortality ratio was about 800 per 100,000 live births. In 2013, it was brought down to 574 per 100,000 live births. Now, there was a study recently carried out between 2008 and 2013 where some hospitals were selected in Kano, Kaduna and then later in FCT and Niger State.

“Quality assurance was introduced and all delivery were monitored in these hospitals. They took five hospitals in Kaduna. They then reviewed maternal deaths in those hospitals and they found 1,280 per 100,000 live births. By 2013, it dropped to 360 per 100,000live births which has helped in bechmarking the hospitals.

“The Primary Healthcare under one roof has been implemented in Kaduna. It was the first bill that was sponsored by this administration when it came to power.

“If we have invest in PHC the way we are doing now, we would have long ago conquer so much death during delivery and in children less than five years.

“One of the reasons pregnant woman dies is delay in getting to the hospital. This may be due to either lack of hospital close by or transportation. So we came up with establishing one PHC in 255 political wards that will serve as referrer in their locations.

“In terms of transportation challenge, we also came up with Emergency Transport Scheme (ETS) in partner with NURTW within their community. More than 2,000 women have been so transported and you can imagine how many children and mothers have been saved.

“Just last year, when they saw the landmark the state has recorded in helping our people at grassroots, Clinton Health Access Initiatives donated 70 tricycle ambulance to the state in order to boost ETS for pregnant women in rural areas”, he added.

For the first time, the State is earmarking N600million just on routine immunization where outreach services will be provided by health workers to communities around them.

Since November 2012, there has no new reported case of Polio in Kaduna State due to seriousness the government put into it. One can only hope that the same seriousness that was committed to eradicate polio will be extended to maternal and child mortality before the next review in 2018.