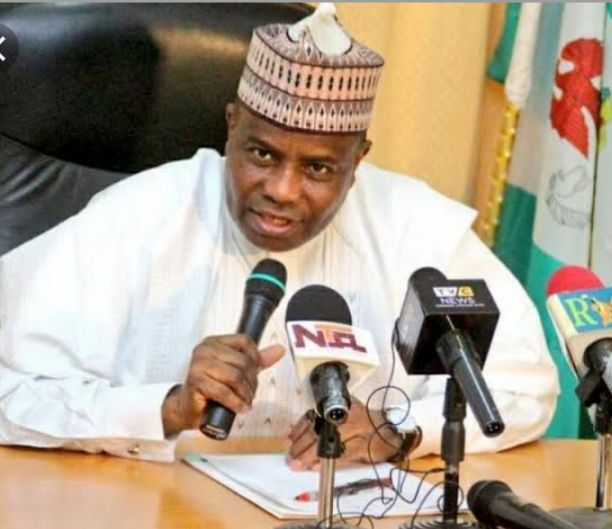 (Tambuwal)
Years to the next round of fresh elections in 2023, a northern based Group with national outreach has said it has commenced a massive mobilization for the current Sokoto state Governor, Aminu Waziri Tambuwal to be next president of Nigeria.
The Group, Tambuwal Save Nigeria, said it’s activities is a voluntary and informed by the need to review the nation’s leadership selection process from the current archaic model that has failed the country for too long, to a more dynamic and focused brand.
A statement signed by founder of the Group, M.D. Yusuf Abdullahi B. Nazia explained that, they have taken time to assess the antecedents of all the presidential options available before finally arriving at Tambuwal.
“By our assessment, we concluded that what Nigeria needs today and for the future are politically competent leaders who can put all three components of the political process in place: map the terrain, get people on their side, and get results.
“In this respect, we discovered we need genuinely visionary politicians such as Tambuwal who are in the class of leaders like Martin Luther King who had a dream bigger than the times in which he lived.
“Since delving Into active politics, Tambuwal has succeeded in infusing fresh ideas that brought awareness and humanity to the national consciousness by practicalizing Abraham Lincoln’s three conditions of democracy: a government “of the people, by the people, and for the people.
“Tambuwal is among the rare breed of leaders with a dream—a vision, and could express it simply. He is committed and passionate about a prosperous Nigeria and is being driven to execute on it,” the group leader noted.
Tambuwal is currently the governor of Sokoto State. He initially became the governor of Sokoto state after his election during the 2015 General Elections into the office and was re-elected at the 2019 General Elections .
Aminu Tambuwal is a member of the People’s Democratic Party and served as the 10th Speaker of the House of Representatives of Nigeria, also representing the Tambuwal/Kebbe Federal Constituency of Sokoto State.