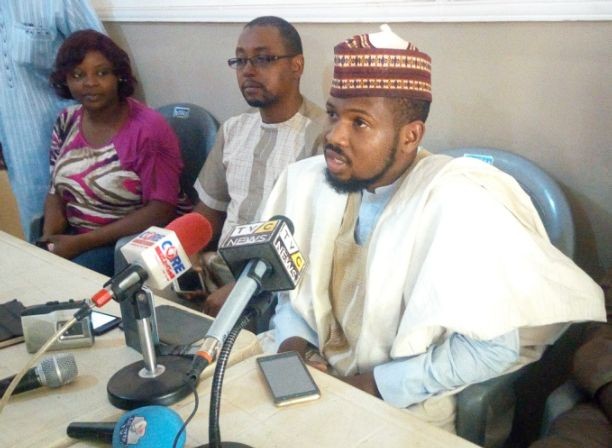 (R-L: Co-chairman of NYG, Tukur Gombe, Chairman, NUJ, Kaduna Council, Yusuf Adamu and his Vice, Zhiro Samuel during a press briefing by the NYG at the council’s secretariat on Thursday Photo credit to Ojo Shola Creates)

Co-chairman of the group, Musa Tukur Gombe told journalists in Kaduna earlier today that his group saw the vision Fayose has as what is needed for the country at this crucial time.

He said, “our mission here this morning is simple. We have come to declare our support for Chief Ayodele Fayose as our presidential candidate come 2017 Insha Allah.

“In Fayose, we see vision, Focus and principles that can help this country a great deal. So, we really need to do more to help Fayose project what is embed in him to realise his dream in 2019.

“Though we have not met before, but we have heard him talking, criticising this government base on issues and not personality or propaganda. That is why it is difficult for anyone to accuse him. He has the right to pour his mind in any burning national issues from his own perspective with facts and figures.

“Like I said earlier, we need to talk about Nigeria and not the region we are coming from. President Muhammadu Buhari is today our president and not the president of Katsina or north or Fulani and that is the eye with which we look at Fayose”